A court in Egypt has reportedly jailed for two years a singer who appeared in a music video in her underwear while suggestively eating a banana.

Shaimaa Ahmed, a 25-year-old known professionally as Shyma, was arrested last month after the video sparked outrage in the conservative country.

On Tuesday, she was found guilty of inciting debauchery and publishing an indecent film, local media said.

The video’s director was also sentenced to two years in prison in absentia.

Shyma had apologised before her arrest to people who took the video for the song, I Have Issues, “in an inappropriate way”.

“I didn’t imagine all this would happen and that I would be subjected to such a strong attack from everyone,” she wrote on her now-deleted Facebook page.

Last year, Egyptian courts sentenced three female dancers to six months each in prison after convicting them of inciting debauchery in music videos.

Another singer is meanwhile facing trial for “spreading provocative publicity” because she suggested that drinking from the River Nile could make someone ill.

A lawsuit was filed last month after video emerged showing Sherine Abdel Wahab being asked at a concert last year to sing Mashrebtesh Men Nilha (Have You Drunk From The Nile?).

She responded by saying “drinking from the Nile will get me schistosomiasis” – a disease caused by a parasitic worm that is commonly known as bilharzia.

On Monday, the Egyptian Musicians Syndicate announced that it had decided to ban Abdel Wahab from performing concerts in the country for two months. 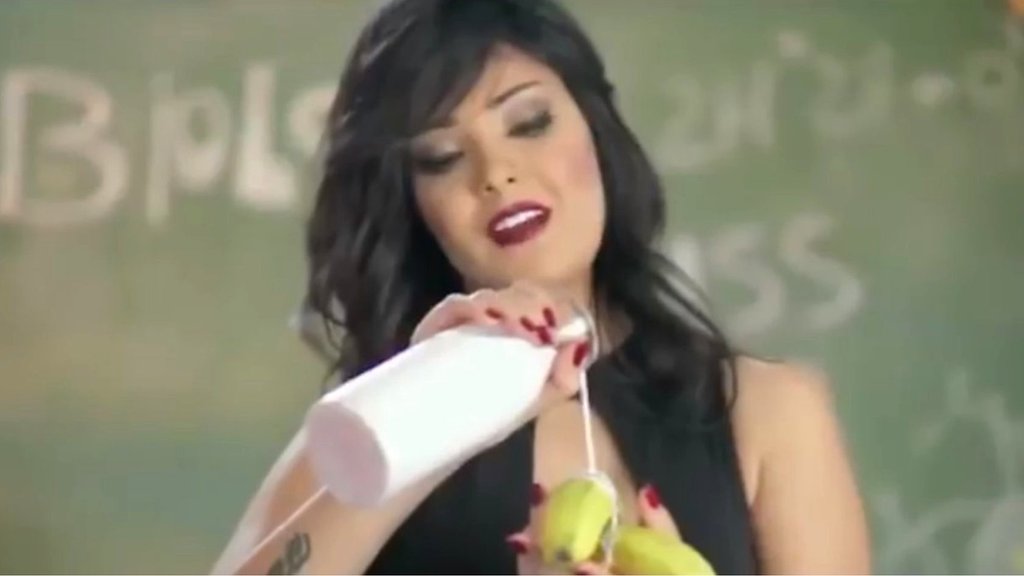