Liverpool forward Mohamed Salah has been praised by his peers and former stars on being crowned the 2017 BBC African Footballer of the Year.

The 25-year-old clinched the award in a public vote ahead of Pierre-Emerick Aubameyang, Sadio Mane, Victor Moses and Naby Keita.

His international teammate Omar Gaber was among those to praise Salah on social media.

Mahmoud Hasan ‘Trezeguet’ was another Pharaoh to react: “Congratulations my bro, best player in Africa.”

Diaa Elsayed a former Egypt youth team coach was one of those who had an early influence on the forward: “Congratulations Salah, God Bless you.”

Another person to have followed Salah’s career from an early age is former Egypt star and 2008 BBC African Footballer of the Year, Mohamed Aboutrika: “Congratulations, you made us proud, the best is yet to come.”

Former Egypt striker Mido is predicting more awards for Salah: “Congratulations Salah on winning BBC prize and hope you can win Caf player of the year.”

Salah’s award also claimed the headlines across the sports pages of newspapers and websites across Egypt. 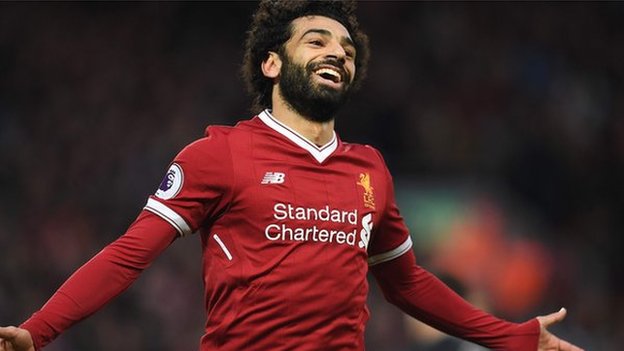