Swansea City: Wilfried Bony ‘will have point to prove’ against Manchester City

Bony left the Swans for City for £28m in January 2015, but scored just six league goals before returning the Wales for £12m in August 2017.

Clement said Bony is desperate to play against the Premier League leaders.

“I asked him if he wanted a rest for Wednesday’s game. You can imagine the reaction I got,” said Clement.

Bony, 29, has scored in his last two games for Swansea, who moved off the bottom of the table thanks to his late winner against West Bromwich Albion.

The Ivory Coast international got off the mark for this season in the 2-1 defeat at Stoke – where he scored just twice on loan from Manchester City.

Asked about Bony’s motivation ahead of the home clash with Manchester City, Clement said: “11 out of 10, I would say – high!

“He went to Manchester City and did not get to the level he would have liked, the same at Stoke.

“So he has a point to prove to lots of people.”

Clement believes Bony is regaining form and fitness after a couple of stuttering seasons.

“I think step by step you can see he is getting fitter and sharper and now the goals are starting to come as well,” he added..

“It was a fantastic finish early in the game against Stoke, really a top class striker’s goal.

“And what a big moment to score in the game on Saturday, the stage the game was at, the pressure that was on us to get the result.

“It was an absolutely clinical finish.”

After a first win in eight league games Swansea face a Manchester City side 11 points clear at the top of the table after beating second-placed Manchester United 2-1 at Old Trafford on Sunday.

Clement believes City’s rivals will find them difficult to catch.

“If they continue to play how they are I think it will be very difficult to catch them, but there are lots of game to go.

“Can they maintain that level of consistency? Can they continue to score 86-87-95 and 96th minute winners?

“In those situations the margins are very very tight and that can swing the other way.

“The main thing is when they come here on Wednesday and we have the opportunity to go there as well and make it as difficult as we can for them.”

Winger Wayne Routledge is a doubt for Wednesday’s game after suffering muscle tightness against West Brom.

Clement also has to decide whether to recall centre back Federico Fernandez. The Argentine international was on the bench last Saturday having missed three games following the death of his father.

Centre back Kyle Bartley is close to a return from knee ligament damage. He is back in training and it’s hoped he will make an under-23 outing soon. 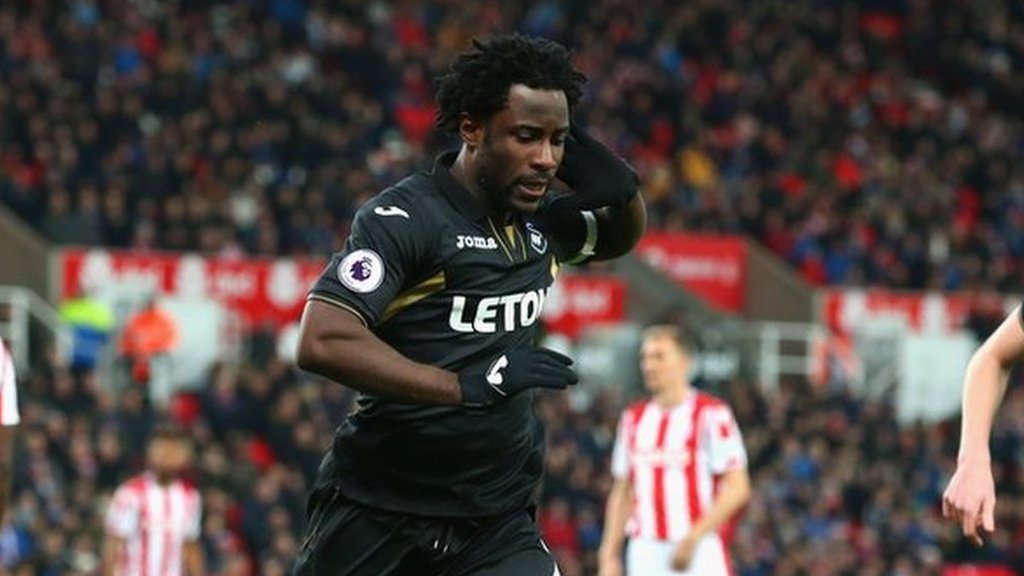