Former Cameroon international Benjamin Massing, whose crunching tackles at the World Cup in 1990 earned him an infamous reputation, has died aged 55.

The defender’s body check on Claudio Caniggia in the opening game against Argentina in Milan has often been described as one of the worst tackles in World Cup history.

It reinforced Cameroon’s hard reputation which surrounded their unprecedented run to the quarter-finals of the tournament, going further than any African side had done before.

Massing was sent off in the opening game of the 1990 World Cup and sat out the next three, but returned to play against England in the last eight in Naples, where he gave away a penalty for a tackle on Gary Lineker as Cameroon were beaten 3-2 in extra time.

Former Cameroon international Patrick Mboma was among those who paid tribute to Massing.

“We all have our heroes. It is hard to wake up and hear that one of them has gone. A lion never dies, he sleeps! Farewell champion,” Mboma wrote on social media.

It has been reported that Massing died in the night at his home in Edea in Cameroon. 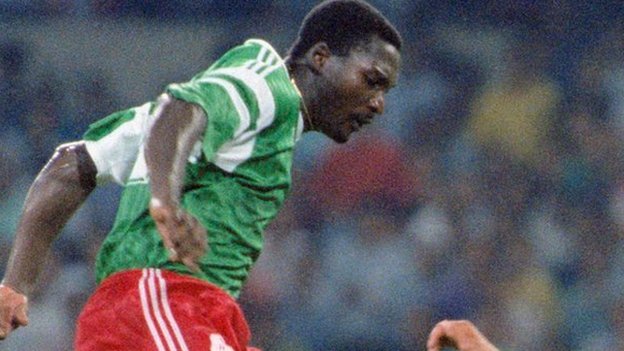