Zambia will have two entrants in both Caf Club competitions

Zambia will have two entrants in both African club competitions for the first time from next year, after moving up the Confederation of African Football’s (Caf) rankings of club results.

The top 12 countries in the annual ranking are entitled to an extra place in the African Champions League and the African Confederation Cup, an incentive first introduced in 2004.

Zambia have displaced Cameroon in the top 12 and will be sending champions Zesco United and runners up Zanaco to the Champions League.

Nkana FC and Green Buffaloes, who finished third and fourth in the Zambian Super Division, will participate in the second tier Confederation Cup.

Algeria, Congo Brazzaville, the Democratic Republic of Congo, Egypt, the Ivory Coast, Mali, Morocco, Nigeria, South Africa, Sudan and Tunisia are the other 11 countries who get an additional entrant based on the results of their clubs in the two competitions over the past five years.

Caf determine the ranking by weighting the results on a sliding scale with more recent achievements given a higher number of points.

Zambia’s elevation comes on the back of Zesco United’s semi-final appearance in last year’s Champions League, where they were narrowly beaten by Mamelodi Sundowns of South Africa.

The entry list for the Champions League features 10 former winners with many of the perennial challengers for honours getting yet another tilt at the title won by Wydad Casablanca last month.

The Moroccans will be seeking to achieve the rare feat of retaining their trophy.

Al Ahly, upset in this year’s final by the Moroccans, are back again as are Mazembe, who have been handed surprise defeats in the early rounds of the last two editions but then dropped down to play in the Confederation Cup and won the competition two years in a row.

A change in the dates for the 2018 competitions means clubs reaching the group phase are spared having to give up their off-season holidays and pre-season preparations.

The last two years of competition in both the Champions League and African Confederation Cup have seen group phase matches played in May, June and July, depriving most participants of a break and a proper pre-season build-up.

But the dates for the 2018 competitions have been modified, primarily because of the World Cup in Russia in mid-year but also because of a cacophony of complaints from clubs.

There are two early knockout rounds in the Champions League and three in the Confederation Cup before each competition is left with 16 clubs for the group phase, where they are divided into four groups of four.

The early knockout rounds are in February and March and group competition starts in early May with a single round, followed by a two month break, before resuming in late July.

The draw is scheduled to be released by Caf next Wednesday.

Caf confirmed earlier this year that the club competitions would be brought in line with the European season – from August to May – as opposed to the traditional run through the course of a calendar year, though when that will take effect has not been confirmed. 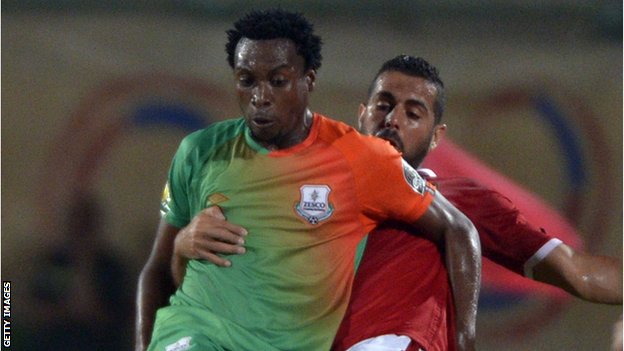 Will election change fate of the Agariyas ...

Tense scenes as rallies over US Jerusalem ...