Nigeria manager Gernot Rohr has left the door open for Vincent Enyeama to be part of his 2018 World Cup squad in Russia next summer.

Reports in the local media last week suggested the former Super Eagles captain, who announced his shock retirement from international football in October 2015, had ruled out a return – casting doubt on his inclusion.

But Rohr – who faces a goalkeeper crisis after first choice Carl Ikeme was diagnosed with leukaemia – says veteran Enyeama could earn a return.

“Coach Rohr had a productive chat with Enyeama and made it clear that he should focus on getting fit and enjoy a playing run,” team spokesperson Toyin Ibitoye told BBC Sport.

“Contrary to local media reports, the professional talks between both of them remains unchanged, there are conditions involved and as long as it’s adhered to, Enyeama stands a World Cup chance.”

Despite Rohr’s passionate desire to recall Enyeama, the former Niger, Burkina Faso and Gabon boss has called for the country’s fans to rally behind the other goalkeepers.

“It’s very important to respect those who are currently with the team. The likes of Akpeyi, Ezenwa, Alampasu, Uzoho and Ajiboye all need the support of our fans,” Ibitoye added.

“Coach Rohr insists we should not let the talk of Enyeama deprive others of their deserved respect. With these goalkeepers and Carl Ikeme we achieved World Cup qualification.

“We appreciate what Enyeama has done in the past and he also needs our support right now. His experience is good for the country and only coach Rohr has to make the final call when the time comes.”

The 35-year-old is the Super Eagles most capped player with 101 appearances and became the captain following the retirement of Joseph Yobo after the 2014 World Cup.

Enyeama made his debut against Kenya in May 2002 in Lagos and during his international career he helped Nigeria win the 2013 Africa Cup of Nations in South Africa, where he emerged as the tournament’s best goalkeeper. 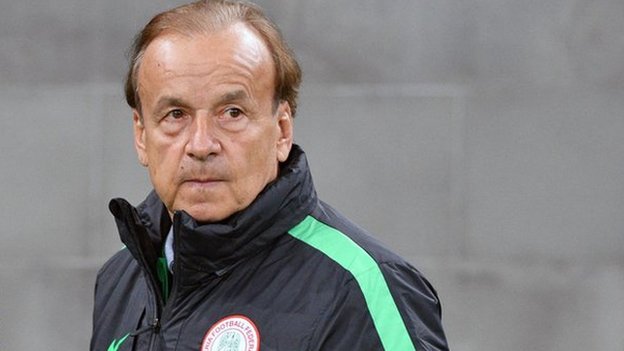