Nigeria’s women’s bobsleigh team are on the verge of securing a historic appearance at the 2018 Winter Olympics in South Korea – and are confident they can win a medal if they qualify.

If they maintain their position in the world rankings until 14 January they will become the first team from Nigeria to qualify for a Winter Olympics.

“Nigeria have never had anyone in the Winter Olympics and they’re excited to see that happen.”

In order to qualify for the Games, teams need to be ranked within the top 40 in the world. Nigeria are 40th, according to the International Bobsleigh and Skeleton Federation.

The Nigerian team are all former professional athletes.

Pilot Adigun competed in the 100m hurdles at the 2012 Olympics, while brakewoman Onwumere represented her country at the 2015 IAAF World Relays. Fellow brakewoman Omeoga was a track and field athlete for the University of Minnesota.

And Adigun believes their background will give them a good chance of being competitive in Pyeongchang.

“No-one signs up to go to Games to not be one of the top three,” Adigun said. 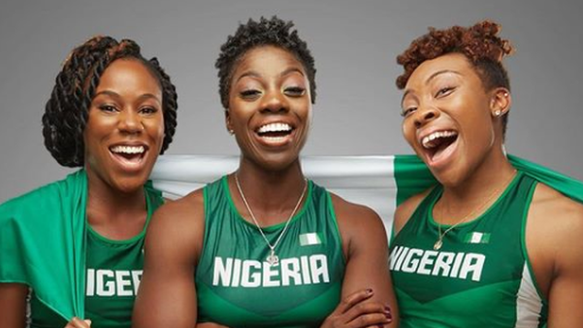