Broos on Cameroon job: “what’s happening is a soap”

The man who led Cameroon to the Africa Cup of Nations crown this year has told the BBC he has no idea if his contract will be extended.

Hugo Broos described his situation as “a soap”, after leaked documents revealed the country’s football authorities want him out.

Broos told the BBC’s World Football that he wants to know one way or the other by December 15th.

“I don’t know now what will happen,” Broos told the BBC.

“I’m waiting now, this is something that is not serious, it’s something to laugh [at], it’s a soap, what happens now in Cameroon.”

He says his contract, salary and expenses should all be resolved by 15 December, whether he remains in the role or not.

The triumph of the Indomitable Lions at the 2017 Africa Cup of Nations in Gabon came despite the absence of several key players .

It was followed by a failure to qualify for the World Cup, which turned some elements of public opinion against the Belgian.

But he defends the team’s performance through the campaign.

“What we did in Gabon was something unique,” he said.

Broos does not yet know whether he will have that responsibility, but if he remains in the job, he knows it will be tough.

“It’s a very difficult situation, because they fired me – so if the minister decides tomorrow that he goes on with me as the coach, I will have to work with a board who is against me.” 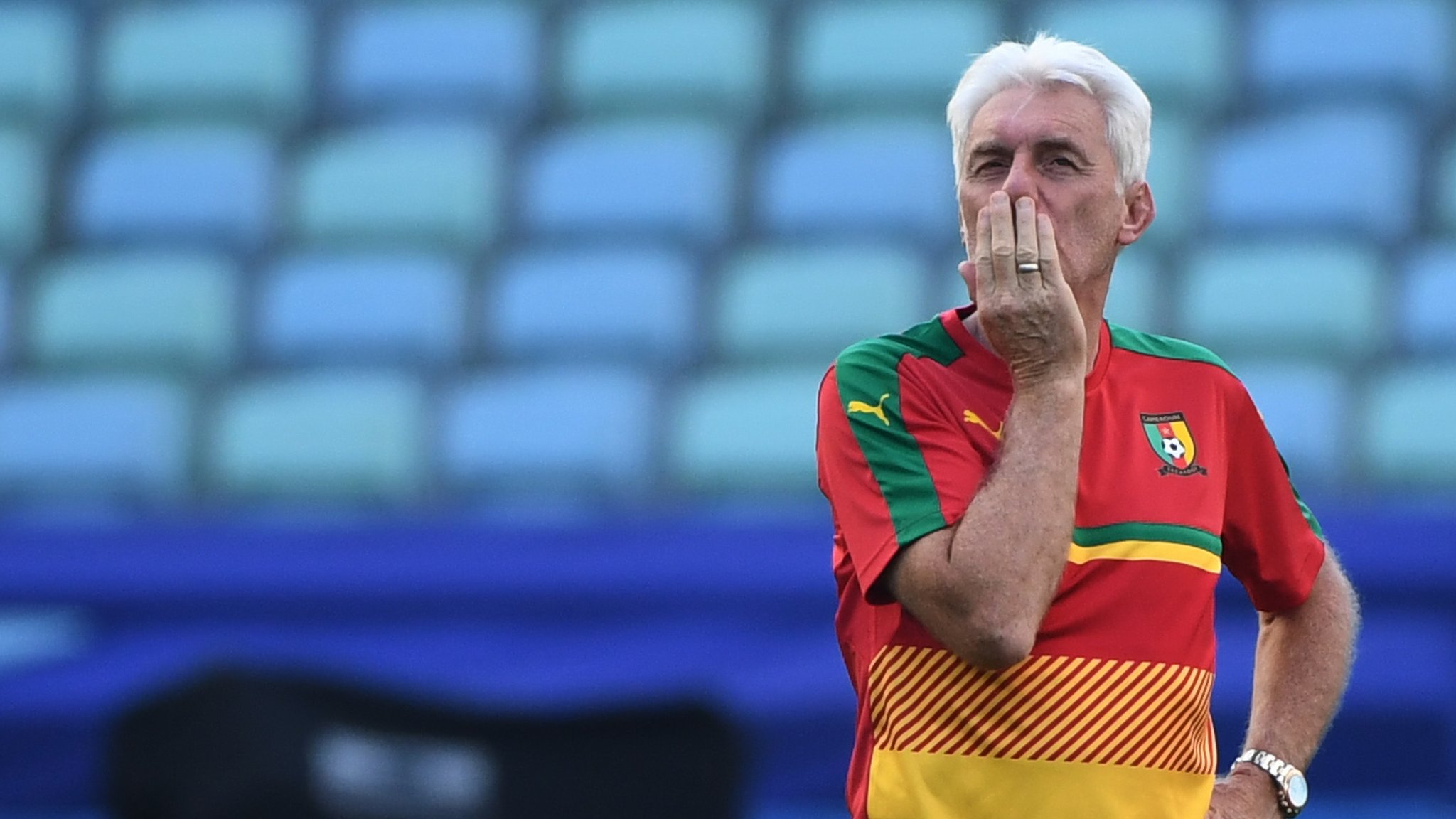