Zimbabwe has taken steps towards ending its economic isolation in its first budget since the end of Robert Mugabe’s 37-year authoritarian rule.

Finance Minister Patrick Chinamasa announced a package of measures aimed at wooing international investors, including new curbs on laws that require firms to be 51% locally owned.

He said privatisation of some state firms was being considered.

He unveiled spending cuts including the closure of some diplomatic missions.

Mr Chinamasa also said all civil servants over the age of 65 would have to retire as the government aims for a 2018 budget deficit of below 4% of GDP.

At present, more than 90% of government expenditure goes to pay civil servants’ salaries.

Since taking office last week, new President Emmerson Mnangagwa has pledged to crack down on corruption.

He has also offered a three-month amnesty for individuals and companies to surrender public funds illegally stashed abroad.

The Indigenisation and Economic Empowerment Act (IEEA), which aimed to place 51% of companies into the hands of black Zimbabweans, was brought in by Mr Mugabe in 2009.

But in Thursday’s budget announcement, Mr Chinamasa said the law would apply only to the platinum and diamond sectors from now on.

At the same time, export taxes on processed platinum would be deferred until 2019. 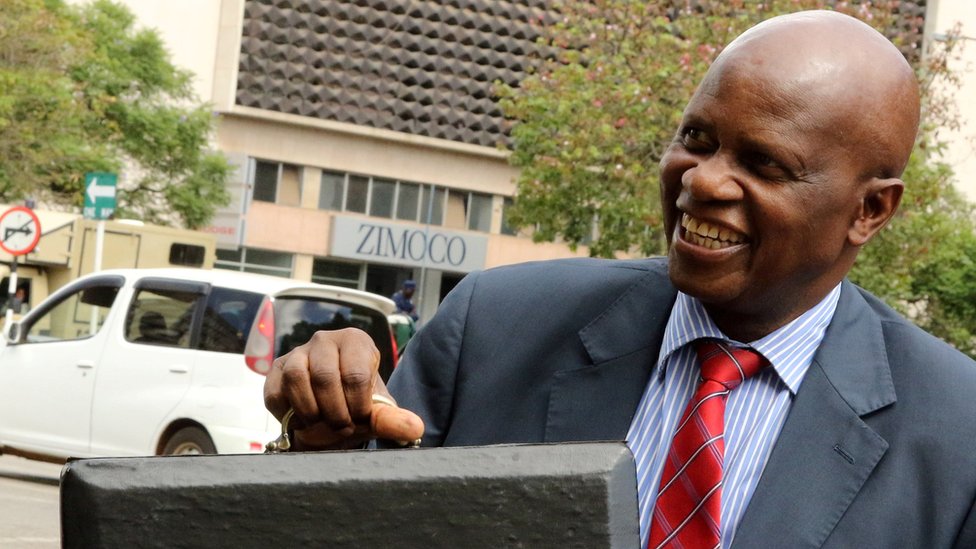