One of the oldest and most complete skeletons of humankind’s ancestors has been unveiled in South Africa.

A team spent more than 20 years excavating, cleaning and putting together the skeleton of Little Foot.

Its exact age is debated, but South African scientists say the remains are 3.67 million years old.

This would mean Little Foot was alive around 500,000 years before Lucy, the famous skeleton of an ancient human relative found in Ethiopia.

Both Little Foot and Lucy belong to the same genus – Australopithecus – but they are different species.

Scientists believe this shows humankind’s ancestors were spread across a far wider area of Africa than had previously thought. It also suggests there was a diverse number of species.

It is thought that she was a young girl who fell down a shaft of one of the caves.

“It might be small, but it might be very important. Because that’s how it started, with one little bone. And it helps us to understand our origins,” Prof Clarke said.

The process of removing the bones from the caves was painstaking, as the fossil had “very fragile bones”, which were “extremely soft” and “buried in a natural concrete-like material”, he added.

“We used very small tools, like needles to excavate it. That’s why it took so long. It was like excavating a fluffy pastry out of concrete,” Prof Clarke said. 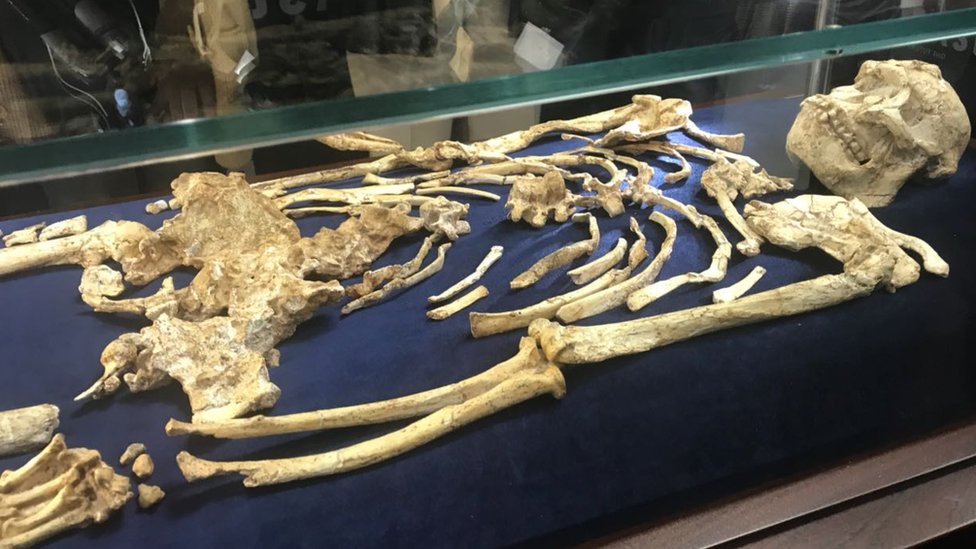 Hospital Detentions for Non-payment of Fees: A ...