Conflict has forced 1.7 million people to flee their homes in the Democratic Republic of Congo this year, causing “a mega-crisis”, aid agencies say.

This means that for the second consecutive year, DR Congo is worst-affected by conflict displacement in the world, the agencies add.

DR Congo has been hit by years of instability, with rival militias fighting for control of territory.

The conflict has been worsened by the failure to hold elections last year.

In a new report, the Internal Displacement Monitoring Centre (IDMC) said that an average of 5,500 people fled their homes every day this year.

The reasons include new armed conflicts, a rise in existing conflicts and the delay in holding elections, the report said.

Despite there being four million displaced people, as well as more than seven million struggling to feed themselves, international aid has been slow to materialise, Ms Blom said.

“If we fails to step up now, mass hunger will spread and people will die. We are in a race against time,” she warned.

DR Congo is a vast country with immense economic resources, but years of conflict has meant that most people live in poverty and there is little infrastructure.

He has won two elections and the constitution bars him from running for a third term.

His critics say the poll has been delayed so that he can remain in office.

Mr Kabila’s government has been battling new conflicts in the last year, including in the central Kasai region where violence broke out after the government refused to recognise a traditional chief.

At least 400 people have been killed in the conflict in the region, which is regarded as an opposition stronghold. 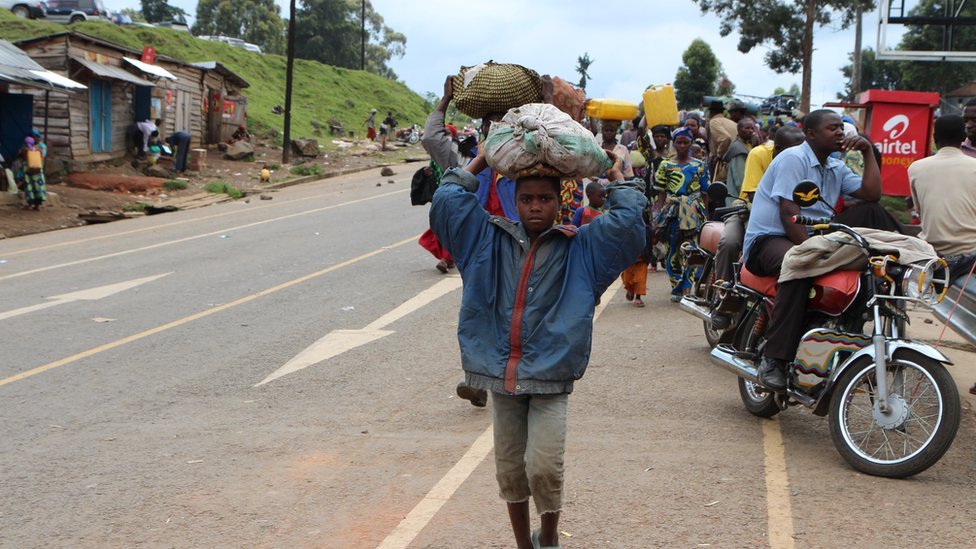