South Africa’s Deputy President Cyril Ramaphosa, 65, has a strong lead in the race to become the new leader of the governing African National Congress.

He emerged as frontrunner after ANC party branches chose between him and his rival Nkosazana Dlamini-Zuma.

She is a prominent politician and the ex-wife of scandal-prone President Jacob Zuma, who steps down this month.

The winner of the party race will be well placed to become the country’s new president in 2019.

But the BBC’s Andrew Harding in Johannesburg says the final vote is likely to be close.

The ANC party branches will account for 90% of the 5,240 voting delegates at the ANC’s party conference which starts on 16 December, South Africa’s News24 reports.

However, some branches get more than one vote as the bigger the branch, the more delegates it can send to the conference.

Mr Ramaphosa, who has been highly critical of state corruption and is backed by the business community and unions, took the lead in five of the country’s nine provinces.

But Mrs Dlamini-Zuma, a former African Union Commission chairwoman with the endorsement of her ex-husband to succeed him as ANC president, has the lead in the two provinces with the most ANC delegates – KwaZulu-Natal and Mpumalanga.

The ANC Women’s League and ANC Youth League, which have officially endorsed 68-year-old Mrs Dlamini-Zuma, are also likely to give her their nominations, according to News24.

Some in the ANC are warning of legal challenges and even vote rigging, as a deeply divided party tries to find a new path, and new energy, after 23 years in power, our reporter says.

The leader of the ANC automatically becomes the party’s candidate for president of the country.

Tight race for the ANC: 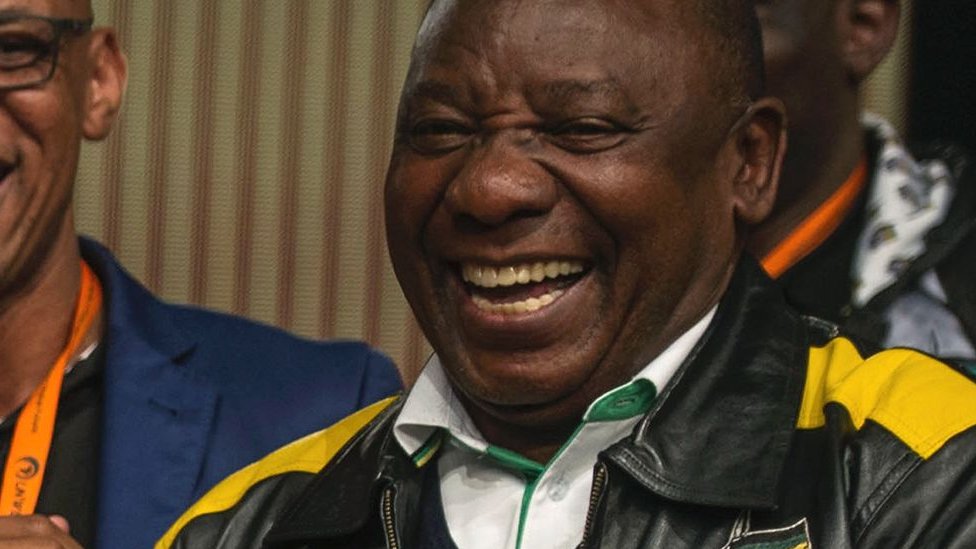 The Cameroon federation ask for an end ...