A German tourist has been shot dead and a guide injured during a visit to a volcano in north-eastern Ethiopia.

They were part of a group which had travelled to the Erta Ale volcano.

It is not known who carried out the attack, but the Ethiopian government has launched an investigation, the BBC’s Emmanuel Igunza reports.

The Afar region, which straddles the border between Eritrea and Ethiopia, is known as an operating ground for several separatist groups.

Five years ago, the Afar Revolutionary Democratic Front – the most prominent of the groups – claimed responsibility for the deaths of five tourists and the abduction of four others in the Afar region.

The group seeks the creation of an independent Afar homeland, which would include areas of Ethiopia, Eritrea and Djibouti.

Despite the risks, tourists continue to visit the volcano – found in the heart of the Danakil Depression, which sits at 410ft (125m) below sea level.

By some measures the Danakil Depression is considered to be one of the hottest places on earth, with an average reported temperature of 34.4C, but only 100 to 200mm of rainfall per year.

Added to this heat is the volcano, with its lava lake – one of only six in the world, according to this report from the BBC, making it one of the most inhospitable places on the planet. 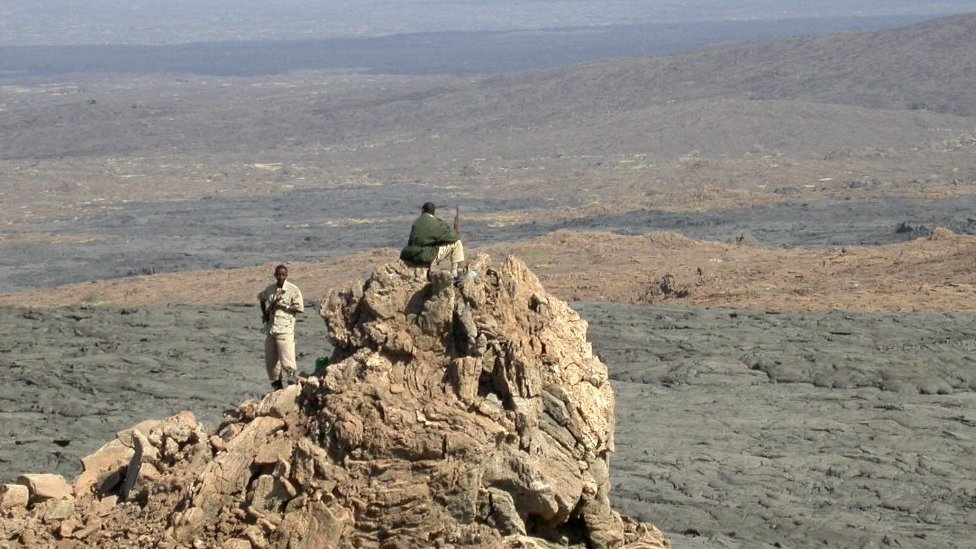 The ‘peace diamond’ of Sierra Leone