The ruling covers the third version of the directive that President Trump has issued since taking office.

On Monday, seven of the nine justices lifted injunctions imposed by lower courts on the policy.

Only Justices Ruth Bader Ginsburg and Sonia Sotomayor would have allowed the president’s order to remain blocked.

Further arguments will be heard this week by federal courts in San Francisco, California, and Richmond, Virginia.

How have Trump travel bans fared?

The president’s travel bans have each been frustrated by the courts to some degree:

What have lower courts said?

In striking down the other parts, federal judges have cited Mr Trump’s campaign description of his policy as a “Muslim ban”.

Lower courts have also found the policy violated the first amendment of the US constitution covering freedom of religion.

In October, a Maryland federal judge said: “The ‘initial’ announcement of the Muslim ban, offered repeatedly and explicitly through President Trump’s own statements, forcefully and persuasively expressed his purpose in unequivocal terms.”

A federal judge in Hawaii said the administration “lacks sufficient findings that the entry of more than 150 million nationals from six specified countries would be ‘detrimental to the interests of the United States'”.

A court in Virginia ruled: “The illogic of the government’s contentions is palpable. The notion that one can demonstrate animus toward any group of people only by targeting all of them at once is fundamentally flawed,” the court ruling said, pointing out that the countries’ populations were between 90% and 99% Muslim. 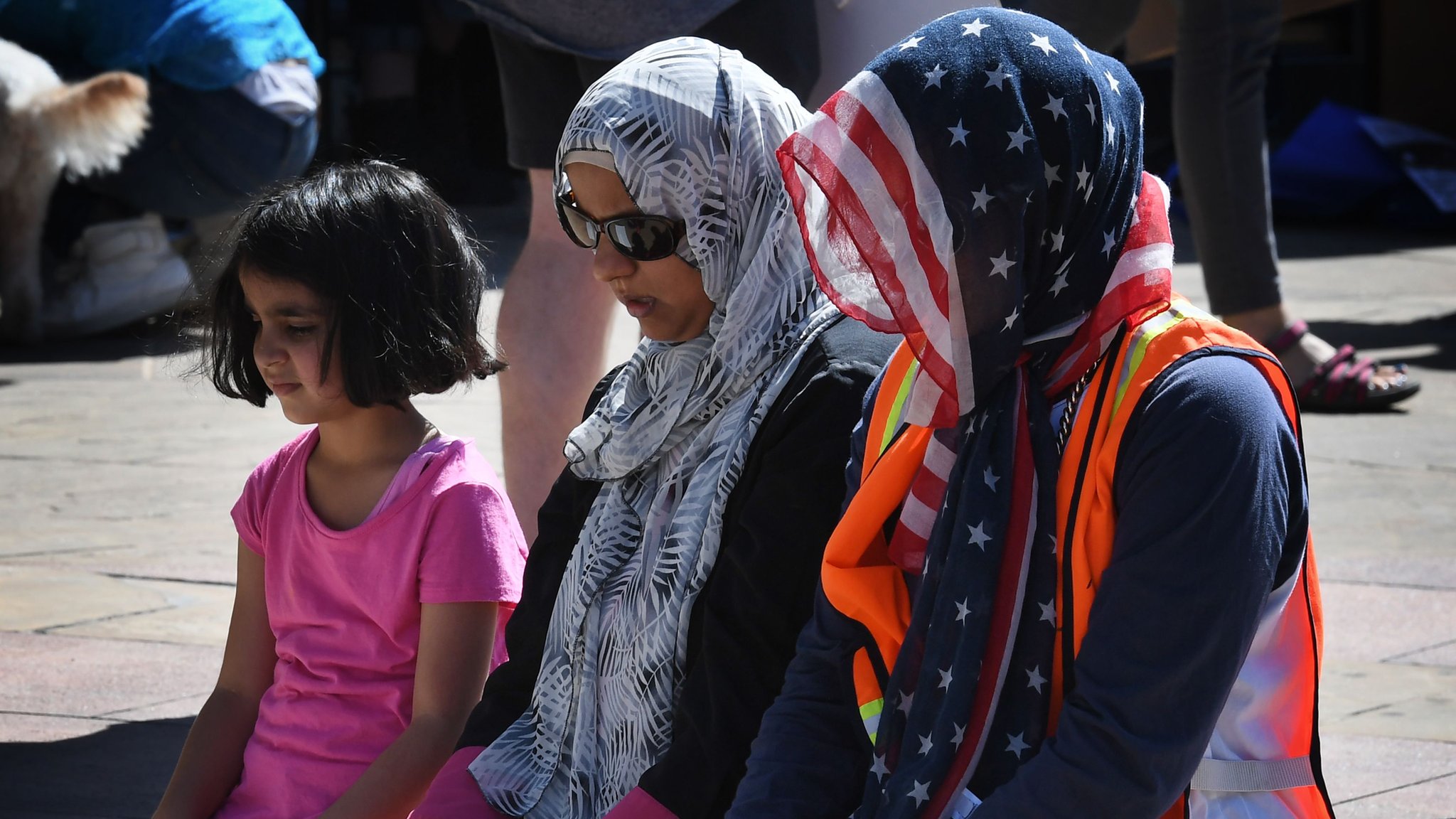