The former Valencia, Liverpool and Juventus defensive midfielder joins after a season in Indonesian Liga 1, where he scored five goals in 20 appearances for Mitra Kukar.

“Attention fans! we have a new member in our team with experience at clubs such as Valencia, Liverpool, Juventus, PSG, Fiorentina and Levante. Welcome Sissokomomo!” the club tweeted.

Details of the length of the 32-year-old’s deal have not been disclosed.

Atlético becomes Sissoko’s fourth club in a year after he parted ways with Indian side Pune City in December 2016 and then had his contract with Italian second-tier side Ternana terminated after only three weeks due to negative attitude.

Sissoko played for Liverpool between 2005 and 2008, and was a key part in the Reds side that lifted the English FA Cup back in 2006.

He made 87 appearances for Liverpool before joining Italian giants Juventus in January 2008 then switched to French club Paris Saint-Germain two years later where he won the league title in 2013.

After a short stint with Chinese side Shanghai Shenhua, he spent two weeks on trial with West Brom in August 2016 but moved to India after failing to secure a deal with The Baggies.

Atlético becomes his twelfth professional club having won the Spanish league title, Uefa Cup and Super Cup in 2004 with Valencia. 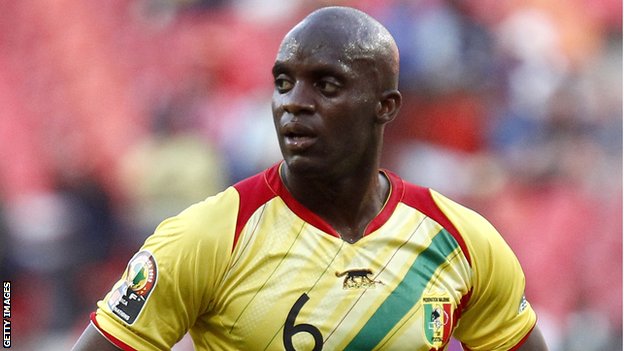