London, Dec. 3, 2017 (NAN/AltAfrika)-Nigerians have launched an #EndSARS campaign on Twitter, detailing atrocities committed by the Police Special Anti-Robbery Squad and called for its scrapping.

The #EndSARS campaign as at 2pm was number one on Twitter. And it was immediately followed by over 400,000 tweets on the Police themselves.

In posts after posts, Nigerians recounted  horrible, harrowing encounters with SARS, the dreaded squad  of the police, set up to fight banditry. Often, the men went off course to torment innocent Nigerians.

Here are some 10 tweets detailing one horrible thing said about SARS by the campaigners:

2015: It was about 6.40pm, somewhere around Federal Secretariat, Abuja. A friend and I were concluding a brief discussion in my car when SARS men quickly drove in front of us and blocked my car. Like an action film, they jumped off theirs, swung my car doors open… /1

My brother was arrested some years back by SARS in his shop cuz he looks like one who smoke weed. He was detained for almost 2 years. Ever since then he has stpd living a normal life cuz the shock is still all over him #Endsars

Just yesterday on my way back from ilorin with my team . Luck wasn’t on our side because ? We met SARS operatives who asked for receipts to a car we hired from Lagos to ilorin. I was weak. They threatened to shoot my manager for arguing with them

People are not supposed to be afraid of the people that are supposed to be looking after us. A couple weeks ago, at almost midnight, my friends and I had a gun pointed at us for laughing. For laughing. #EndSARS#ActuallyTakeGunsAwayFromTriggerHappyPeopleWhoHideBehindTheUniform!

The fact that SARS use POS to rob shows how institutionalized this nationwide racket is and how highly rooted it is. They can not pretend now to treat this as an isolated situation. It is the Norm. Police have gone Rogue. #EndSARS #ReformPoliceNG 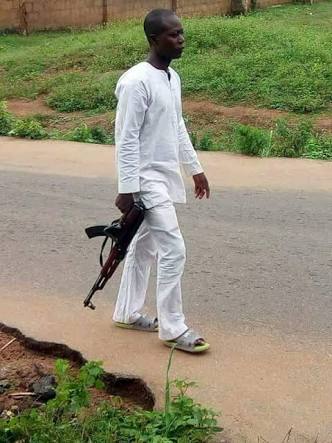 This is a SARS Police officer. Could as well be an Armed Robber/Kidnapper/Militant/Assassin because you can’t tell the difference. #EndSARS

Let me not even start getting angry again today. The same SARS that stopped my friend with his two friends on their way to Ilorin from Ogbomoso and planted “Indian Hemp” in his car. Each of their parents paid 50k. I support this #ENDSARS on their behalf.

Here’s another video of men of the SARS unit manhandling a citizen for refusing to enter their vehicle.

This video clearly shows them attack another citizen for trying to plead with them. #EndSARS#NaijaViralshttps://twitter.com/BawseHarry/status/937040882221666304/video/1 …

The SARS officers here in Abuja are actually criminals legally carrying guns.
You see them at Area 1, Durumi, Garki Village, smoking weed, sniffing all sorts of dangerous drugs among criminals with guns in their hands, I see them & just shake my head. #EndSARS#EndSarsBrutality

SARS Came To Randomly Arrest Boys From A Bar In My Hood Earlier This Year. None Have Returned Till Today#ENDSARS

As the Twitter storm raged, the police hurriedly announced emergency lines for public complaints, according to a post by Channels TV:

SARS Came To Randomly Arrest Boys From A Bar In My Hood Earlier This Year. None Have Returned Till Today#ENDSARS

But a Nigerian complained in another tweet that he had been blocked by Assistant Police Commissioner, Abayomi Sogunle, who heads the Police Public Complaints Rapid Response Unit: 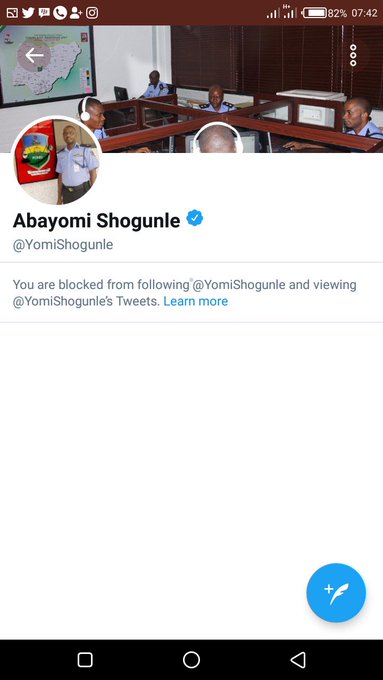 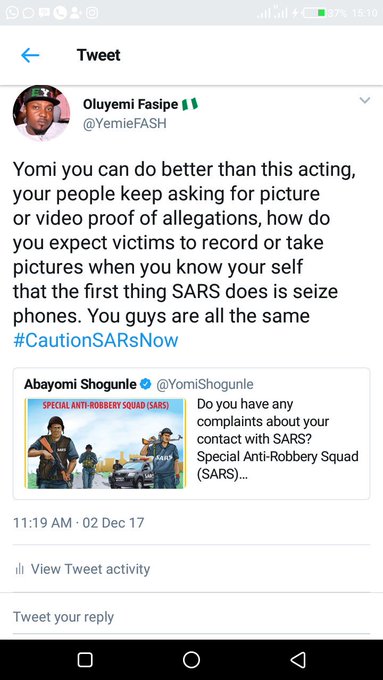 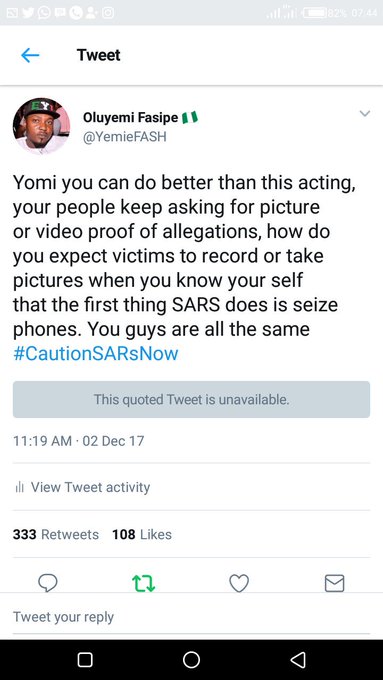 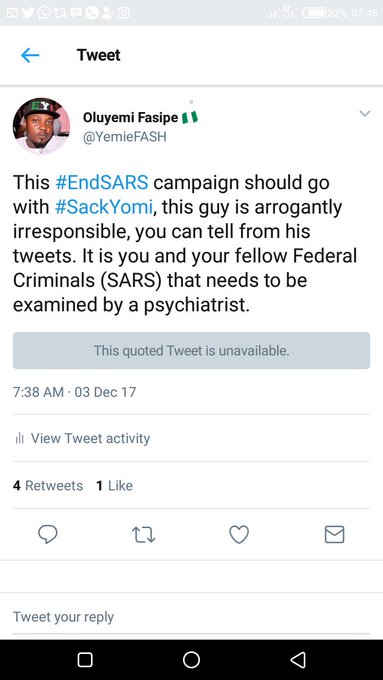 ACP Yomi Shogunle of the @PoliceNG_PCRRU blocked me, The Yomi guy is a problem himself, the #EndSARS campaign should go with #SackYomiShogunle , he is a disgrace to whatever he represents here. Very arrogant and irresponsible!

Sogunle responded in his own tweet why he did so: “Yes we can disagree 24/7 on everything but the use of vulgar/unacceptable words or uncouth behaviour on my TL = Twitter #Block. Advise all those “Yomi Shogunle has blocked me” to test their Twitter block case in court”

Former vice-president Atiku Abubakar, who now frequently uses Twitter like Donald Trump, joined in the campaign and urged government to remedy the situation:

The arbitrary harassment of young Nigerians by Police (who should be protecting them) has no place in a democratic society.