The family of former Egyptian Prime Minister Ahmed Shafiq say they do not know where is after he was deported from the United Arab Emirates.

Mr Shafiq was deported from the UAE on Saturday after five years in exile there, shortly after announcing his intention to run for Egypt’s presidency next year.

His family is calling on the Egyptian authorities to reveal his location.

His lawyer also said she has not seen or heard from Mr Shafiq.

Dina Adly said that despite media reports that the former air force commander is living in a hotel somewhere in Cairo, she needed verification of “whether or not he had actually arrived in Egypt.”

“So far the general has not called me and I was not summoned to meet him,” she said.

“We know nothing about him since he left home yesterday,” his daughter told Reuters news agency.

“If he was deported he should have been able to go home by now, not just disappear.

“We consider him kidnapped.”

Mr Sahfiq fled to the UAE after losing the 2012 presidential election to Mohammed Morsi, who issued an arrest warrant for him on corruption charges.

Mr Morsi was later ousted by the military, and replaced by Abdel Fattah al-Sisi in 2014, while Mr Sahfiq was acquitted of the charges.

President Sisi is widely expected to run for a second term, although he has not yet confirmed his candidacy. It is thought that Mr Shafiq may be his main rival in the poll.

It is not clear on what grounds Mr Shafiq was deported from the United Arab Emirates.

On Thursday, the UAE denied a claim by Mr Shafiq, made on Al Jazeera, that he had been prevented from leaving the country.

“Shafiq has publicly asked to go to Egypt and his wish will be met,” a source in the Gulf close to the matter told Reuters.

One of his aides said she had seen officials arriving at his home in Abu Dhabi.

“They took him from the house and put him on a private plane. They said he would go back to Cairo, because they can deport him only to his home country,” she told the AFP news agency.

Mr Shafiq was appointed prime minister in the final days of Hosni Mubarak’s presidency in 2011.

He stayed in post just three weeks after the Egyptian revolution ended, when he was forced to step down because of his links to the ousted president.

Separately, another potential presidential candidate, Col Ahmed Konsowa, has been arrested, according to Egyptian media reports.

The colonel reportedly tried to resign from the military to make himself eligible to campaign for the presidency, but has had his request refused.

The Al-Mesryoon newspaper said he was arrested for an investigation into “publishing a politically-affiliated video and abuse of his military post”. 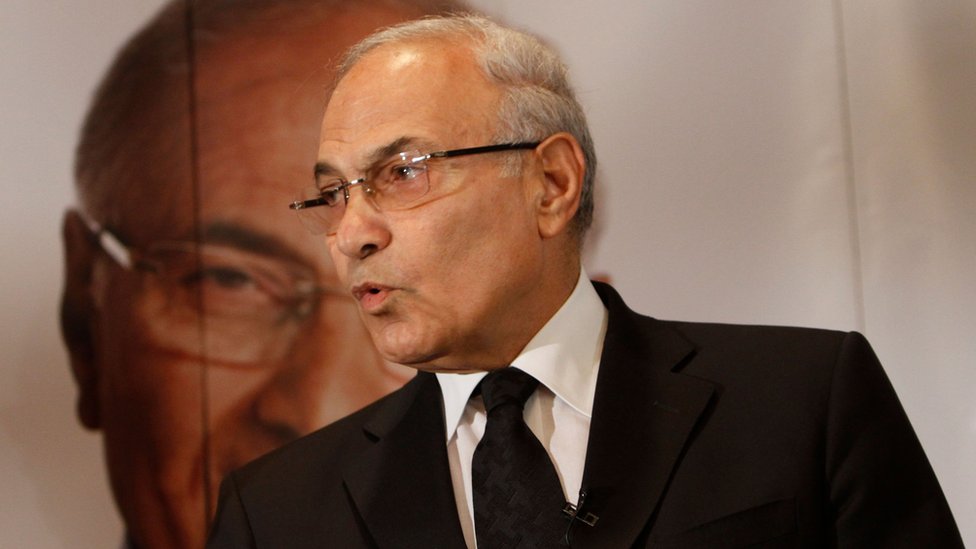