Fifty years ago – on 3 December 1967 – the heart of a 26-year-old road accident victim, Denise Darvall, started to beat inside the chest of a 54-year-old grocer, Louis Washkansky.

News of the first human-to-human heart transplant, led by South African surgeon Christiaan Barnard, made headlines around the world.

Initial reports widely hailed the operation as “historic” and “successful”, though Washkansky only survived a further 18 days.

It became one of the most famous events of the 20th Century, on a par with the moon landing two years later.

As one journalist reflected, it had “everything a reporter could wish for”.

It was an extraordinary technological feat involving the most symbolic human organ – and an intimate story of one life lost that allowed another to be saved.

From his hospital ward, Washkansky’s daily activities and emotions were reported in minute detail. That he sat up, spoke, smiled, and had a boiled egg for breakfast, all made front-page news.

His wife and the father of the donor also featured prominently in the media coverage. They were pictured together as Mrs Washkansky wept in gratitude to Mr Darvall for agreeing to donate this precious “gift of life”.

After Washkansky developed pneumonia and died, their grief was publicly shared. Mr Darvall lamented the loss of his daughter for the second time, now that no part of her was “still alive”.

Charismatic and photogenic, he appeared on magazine covers, met dignitaries and film stars, drawing crowds and photographers wherever he went.

But disquiet over heart transplantation also began and medical opinion was divided. Several other surgeons were technically ready to perform a heart transplant, and Barnard’s operation prompted a flurry of international activity.

In 1968, more than 100 heart transplants were performed worldwide by 47 different medical teams. Each transplant was attended by vast publicity that crossed new lines for a traditionally reticent medical profession.

Yet most of the early recipients survived only a short time – some just for hours – prompting public unease and medical critique over the visibly high mortality rates.

Some questioned whether immunological management could keep up with the surgical ability, and if these hi-tech operations were worth the resources.

Complex ethical and legal issues arose concerning the removal of a beating heart – the traditional signifier of life and death – and whether this amounted to killing the donor patient.

The incentive of doctors to save the lives of patients identified as potential donors was also called into question, especially after Barnard’s second transplant, in January 1968, used the heart of a ‘coloured’ man – the term used for mixed race in South Africa – for a white recipient in apartheid South Africa.

“Spare-part surgery” brought hope to some and fear to others.

In February 1968, a special episode of the BBC’s Tomorrow’s World programme – Barnard Faces His Critics – provided a key forum for probing such social and ethical implications.

Involving a studio debate with Barnard alongside dozens of identifiable, eminent doctors, it also broke with professional codes of conduct regarding doctor anonymity and patient confidentiality.

As elsewhere, Britain’s first heart transplant in May 1968 was also conducted and scrutinised under the media spotlight – and ultimately the publicity surrounding the controversial operations contributed to a moratorium through the 1970s.

They now commonly provide transformative, life-extending interventions, but the transition from Barnard’s pioneering operation to today’s routine surgery was far from smooth.

Hearts Exposed: Transplants and the Media in 1960s Britain by Dr Ayesha Nathoo is published by Palgrave Macmillan. 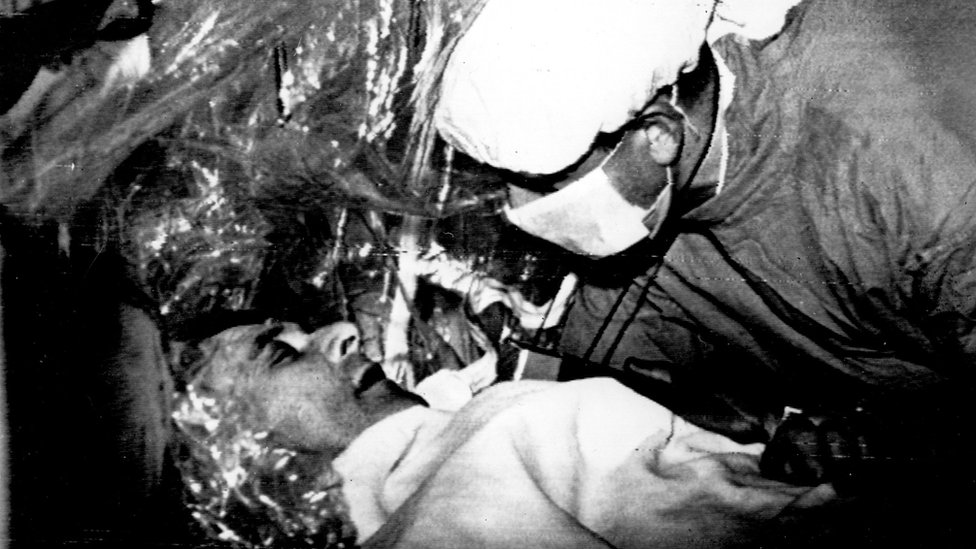 Meet one of the nominees in Liberia’s ...