Critics said the original line-up showed Mr Mnangagwa had no plans to bring real change to the country despite hailing a “new democracy”.

The education and labour ministers have now been replaced, ostensibly to comply with a constitutional provision.

But military chiefs remain in charge of the foreign affairs and land portfolios.

There was uproar when instead of creating a cabinet that included opposition figures, he appeared to reward the military for its role in bringing him to power.

On Saturday, the government announced that two positions were being replaced to “ensure compliance with the constitution and considerations of gender, demography and special needs”.

Reports suggest the initial list did not comply with a constitutional provision which limits the number of ministers who are not members of parliament.

Some opposition supporters celebrated the most high profile decision – the removal of the education minister Lazarus Dokora – arguing that he was responsible for the decline in educational standards over the last few years.

He is being replaced by his own deputy, Paul Mavima.

Meanwhile Zanu-PF deputy Petronella Kagonye becomes labour and social welfare minister in place of Clever Nyathi, who becomes a special adviser to the president on national peace and reconciliation.

Following the news, Zimbabwean media mogul and commentator Trevor Ncube tweeted that the quick change meant the president was either “listening to the public” or “he rushed through this important task”.

Mr Mnangagwa’s most controversial appointments on Friday included Sibusiso Moyo, the general who played a prominent role in the recent military takeover. He was given the role of foreign minister.

The head of Zimbabwe’s air force, Perence Shiri, was named minister of agriculture and land affairs despite his notoriety in having led a military operation against opponents of Robert Mugabe in the early 1980s.

Opposition leader Tendai Biti said that until then, Zimbabweans had “given the putsch the benefit of the doubt.

“We did so in the genuine, perhaps naive view that the country could actually move forward,” he tweeted.

“We craved change, peace & stability in our country. How wrong we were”. 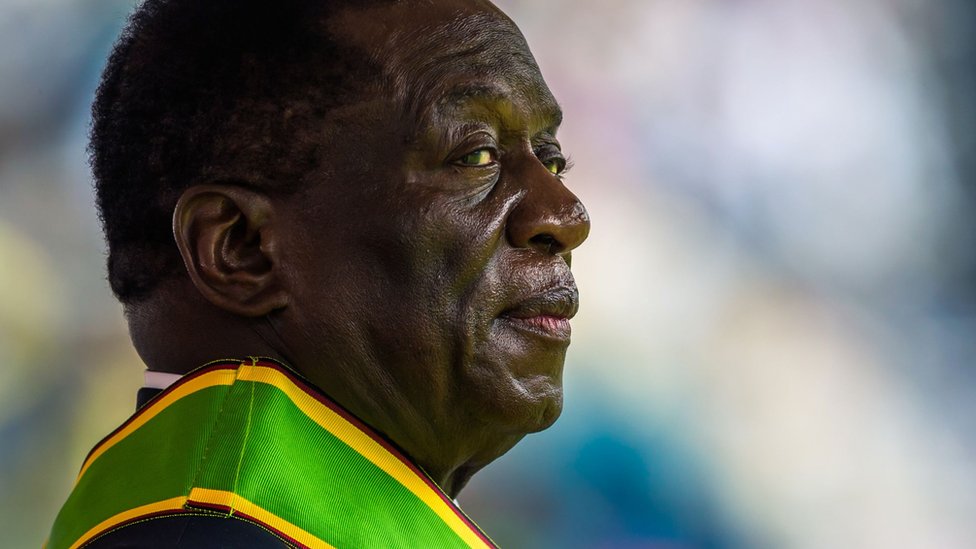