Egyptian ex-Prime Minister Ahmed Shafiq has been deported from the UAE, reports say, days after saying he wanted to run in the 2018 presidential poll.

A source close to Mr Shafiq’s family told Reuters he had been arrested at his home and taken by plane to Cairo.

Mr Shafiq fled to the Gulf state after losing a close presidential election to Islamist Mohamed Morsi in 2012.

Incumbent President Abdul Fattah al-Sisi is widely expected to seek a second term, but has yet to confirm it.

It is not clear on what grounds Mr Shafiq was deported from the United Arab Emirates.

On Thursday, the UAE denied a claim by Mr Shafiq that he had been prevented from travelling to Cairo. The former prime minister had appeared on Al Jazeera television to say he was being barred from leaving.

“Shafiq has publicly asked to go to Egypt and his wish will be met,” a source in the Gulf close to the matter told Reuters.

One of his aides said she had seen officials arriving at his home in Abu Dhabi.

“They took him from the house and put him on a private plane. They said he would go back to Cairo, because they can deport him only to his home country,” she told the AFP news agency.

Mr Shafiq was appointed prime minister in the final days of Hosni Mubarak’s presidency in 2011. But he stayed in post just three weeks after the Egyptian revolution ended, when he was forced to step down because of his links to the ousted president.

He has been living in the UAE since ex-President Morsi issued an arrest warrant in the aftermath of the 2012 election on corruption charges. He was later acquitted.

Mr Morsi himself was ousted by the military in July 2013 following mass anti-government protests, with Mr Sisi elected president a year later.

A former fighter pilot, Mr Shafiq served as commander of the Egyptian air force between 1996 and 2002. 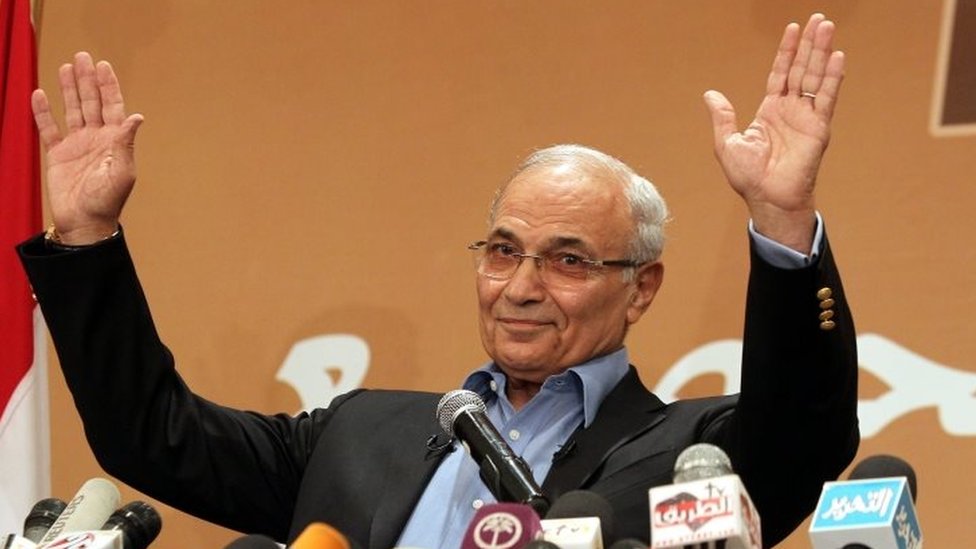