On Friday, the World Cup draw also pitted the North Africans against Belgium and Panama.

“The key to qualification is going to be the first match, on 18 June, against England,” Maaloul told BBC Sport.

“England have got a lot better this year, especially after appointing a new coach and fielding young talent.

The average age of this Tunisian squad is 26 and despite meeting England, we have a great chance of reaching the second round

“Dele Alli and Harry Kane are exceptional players. For me, Kane is one of the greatest forwards in the world right now.”

Tunisia have met England at a World Cup once before, losing 2-0 in the French city Marseille during the 1998 World Cup.

“It’s a new match, with two new trainers and a new generation,” added Maaloul, who took charge in April this year.

“England had lots of stars and good players in 1998 but now you sense that there is a team – a team of young talented players. We are expecting a very difficult match.”

After meeting England in Volgograd, Tunisia – appearing at their fifth finals, and first since 2006 – meet Belgium in Moscow on 23 June before finishing against Panama in Saransk on 28 June.

“It’s a difficult group but we were expecting a difficult draw because if you are in Pot 3, you are going to have some great footballing nations – like Belgium and England.”

“Belgium are ranked fifth in the world (rankings) – and are one of the great nations in the world, not only in Europe. They have talented players.

“We have to pay great attention to England and Belgium without forgetting Panama, who could be a surprise. It may be the first time they have qualified for the World Cup but we have to pay them attention as well.”

In 1978, Tunisia became the first African nation to ever win a match at a World Cup when beating Mexico 3-1 in Argentina.

That was the Carthage Eagles’ very first game at the finals but they have failed to win any of their 11 World Cup matches since – the longest winless run of any team in Russia next year.

However, Maaloul – who is in his second stint as Tunisia coach after a brief spell in charge in 2013 – believes his side can correct that unwanted statistic.

“We have a great chance,” said the former international, who played for Tunisia between 1982-1994.

“We have talented players – players who are at the summit of their form and young players too. The average age of this Tunisian squad is 26 and despite meeting England, we have a great chance of reaching the second round.” 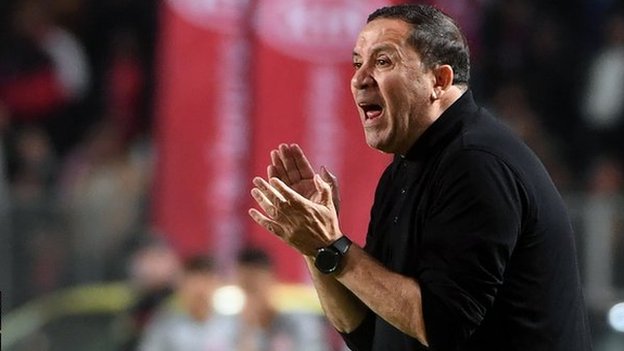 Doner kebabs ‘to be outlawed across Europe