Football fans around the world are waiting for the World Cup draw on Friday.

After a marathon qualifying campaign which began in March 2015 when Timor-Leste beat Mongolia, 32 teams will go into the draw.

Africa’s representatives are Egypt, Morocco, Nigeria, Senegal and Tunisia. From North and Central America and the Caribbean, it is Costa Rica, Mexico and Panama.

When is the draw and how does it work?

The World Cup finals draw is on Friday, 1 December at Moscow’s State Kremlin Palace concert hall at 15:00 GMT. You can watch it live on BBC Two and the BBC Sport website and app, and listen on BBC Radio 5 live.

It will be hosted by former England striker and BBC Match of the Day presenter Lineker, who played at the 1986 and 1990 World Cups, and Russian sports journalist Maria Komandnaya.

“As a player, I was fortunate enough to take part in the World Cup finals on two occasions,” Lineker told Fifa.com. “It is quite special to be involved in yet another tournament now on the stage, unveiling the results of the draw.

“I have been on the other side, waiting to find out my opponents, and I know how exciting this occasion is.”

Teams will be seeded based on the October 2017 Fifa world rankings. There are four pots – each containing eight teams. Russia will be joined in pot one by the seven highest-ranked teams, with the next eight in pot two, the following eight in pot three and the lowest ranked eight in pot four.

No teams from the same confederation, with the exception of Uefa, will be drawn in the same group. A maximum of two European countries can be in any group.

Who are the favourites to win the tournament?

Joachim Low’s Germany are bidding to become the first country to win back-to-back World Cups since Pele’s Brazil in 1958 and 1962.

Who impressed most in qualifying?

Germany have not lost a World Cup finals or qualifying game since the 2010 semi-final against Spain. They came through 2018 qualifying with 10 wins from 10 – scoring 43 times and only conceding on four occasions.

Belgium, Spain and England all came through European qualifying unbeaten too.

Brazil cruised through South American qualifying – but only after replacing manager Dunga with Tite midway through the campaign. They had only won one of their opening six qualifiers, but under Tite they won 10 and drew two of their final 12 games to finish 10 points clear.

In Asia, Iran came through two different groups unbeaten – 18 games without defeat that included a run of 12 consecutive clean sheets.

Morocco qualified without conceding a goal in their six-game African group, finishing top ahead of Ivory Coast.

Who will be making their World Cup debuts?

Iceland are the only country with a population of under one million to have ever reached a World Cup. The Nordic nation had never qualified for a major tournament before Euro 2016, when they beat England on their way to the quarter-finals.

Central American nation Panama reached their first World Cup thanks to an 88th-minute winner against Costa Rica, which also eliminated the United States.

Who are the biggest nations to miss out?

The biggest shock of the qualifying campaign came from Europe.

Four-time winners Italy missed out on a World Cup for the first time since 1958, losing to Sweden in their play-off.

The Swedes had reached the play-off on goal difference in their group ahead of the Netherlands, meaning the Dutch have failed to qualify for the past two major tournaments.

The Czech Republic, Wales, Scotland, Austria, Bosnia-Herzegovina and Turkey were among the other countries to miss out in the group stages – with the Republic of Ireland, Northern Ireland and Greece losing in the play-offs.

In the Concacaf region the United States finished below Mexico, Costa Rica, Panama and Honduras as they failed to secure even a play-off berth. It is the first time since 1986 that they will not compete at a World Cup.

Ivory Coast, Cameroon and Ghana – all of whom were in Brazil in 2014 – were among the big African nations to miss out.

Chile, ranked ninth in the world, went out in South American qualifying, missing out on a play-off on goal difference to 10th-ranked Peru.

How have the tickets been allocated?

Fifa received about 3.5 million ticket applications – including 300,000 for the final at the Luzhniki Stadium – during the first window in October, and about 622,000 were allocated via a randomly selected draw.

Ticket sales on a first-come first-served basis will resume this month.

About 57% of applications have come from Russian residents, while category four tickets are also exclusively reserved for those living in the host country.

The cheapest World Cup final ticket a non-Russian can buy is priced at £345. 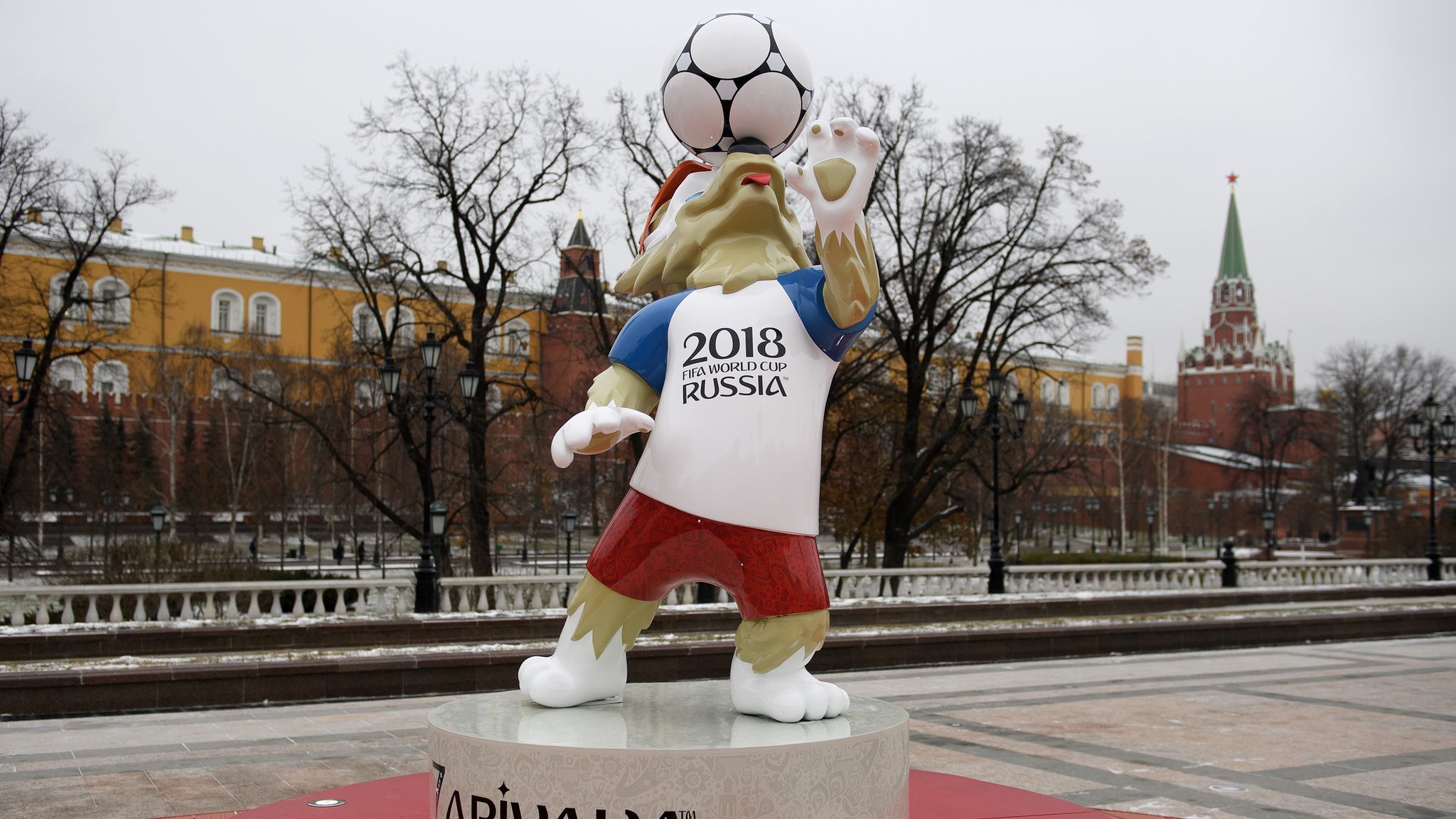