Most might wish to avoid the world’s number one side, but Rohr, who is half German, believes his homeland struggles against African opposition.

“I know Germany very well and sometimes they have difficulties against African teams,” he told BBC Sport.

“Drawing Germany would be very nice but for my mother it would be difficult – because she is for Germany!”

At the last World Cup, in Brazil in 2014, the only match Germany failed to win over 90 minutes came against Ghana in the group stage – with the game ending 2-2.

The eventual champions also needed extra-time twice in 2014 – first against Algeria in the Round of 16 and then against Argentina in the final.

Germany aside, the first pot of seeds includes Brazil, Argentina and France among other teams, while Pot 2 contains the likes of Spain and England.

The Super Eagles were the first African team to qualify for June’s tournament in Russia but they are in the fourth and final pot of seeds, which were determined according to the Fifa rankings for October.

“We are now paying the bill for the bad results two years ago,” said Rohr, who took charge of Nigeria in August 2016.

“Since I arrived, I think we have moved up 17-18 places so we have a better Fifa ranking now. All the teams in our group will be good because they have a higher level in Fifa.

“We will have a difficult group because we are in the last pot and we are supposed to have big teams with us. We are realistic, we wait for the draw and afterwards, we will organise our planning and our friendly games.

“We will do our best and it will be a wonderful adventure in any case.”

The Super Eagles will be contesting their sixth finals, having only missed the 2006 World Cup after making their tournament debut in 1994, but they have never gone past the Round of 16 – which they have reached three times.

In 2015, Nigeria Football Federation president Amaju Pinnick told the BBC that he is targeting the semi-finals – a stage that Africa has never graced – but Rohr has a different focus.

“It would be wonderful if we could get out of the group and then from there, we are outsiders – but we are ambitious also. We would like to do very well, win some points and qualify for the last 16.

“They did it in 2014 and lost against France but last time they were in Pot 3 and now we are Pot 4, so it will be more difficult,” he warned.

“But let’s try. We already made a good surprise in our qualifiers and now we would like to do another surprise.”

Nigeria made light work of a difficult group in African qualifying, making it to Russia with a game to spare despite being drawn against reigning African champions Cameroon.

They also took on Algeria – who reached the second round of the 2014 World Cup – and Zambia, who won the Africa Cup of Nations in 2012.

Nigeria are joined by Senegal and three North African nations – Egypt, Morocco and Tunisia – in Friday’s draw, which starts at 1500 GMT.

The 2018 World Cup will run between 14 June and 15 July, when the final will take place in the Russian capital Moscow. 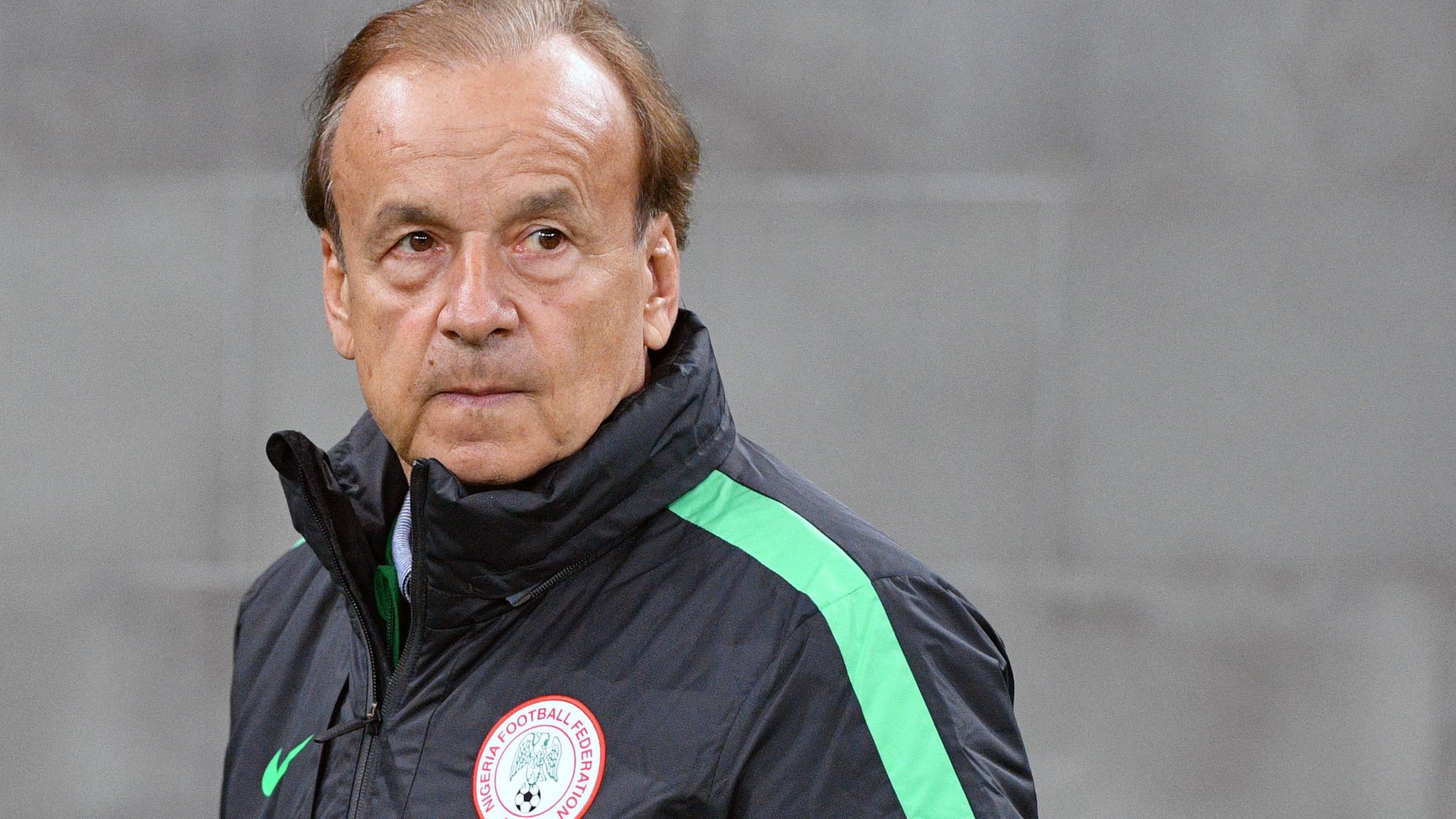