A massacre at a mosque in Egypt’s Sinai Peninsula last week that claimed more than 300 lives has focused attention on Sufi Muslims, who were targeted in the deadly attack.

Often described as Islamic mysticism, Sufism emphasises the inner search for God and the renunciation of worldly matters.

Sufis regularly visit the shrines of the “Ahl al-Bayt” (the family of the Prophet Muhammad), and “walis” (people deemed to be favoured by, or “friends” of God), and attend festivals that celebrate their birthdays.

The most important practice for Sufis is “dhikr” (remembrance of God). It typically involves reciting God’s divine names, verses from the Koran, or sayings of the prophet in order to glorify God. In communal gatherings, dhikr often involves music and dance.

Sufis exist across the Islamic world and include both Sunnis and Shia. But they are vehemently – and violently – opposed by many hardline Sunni groups.

There are thousands of mosques in the country where Sufis pray, though where not all worshippers are Sufis.

Salafist and jihadist groups are hostile to Sufis. They ban their followers from praying in mosques associated with Sufism, and consider chanting and shrines as counter to religious doctrine.

An affiliate of the jihadist group Islamic State (IS) based in northern Sinai have been waging a campaign against Sufis for a year.

In November 2016, they beheaded 98-year-old Sheikh Suleiman Abu Harraz, a leading Sufi figure, after kidnapping him from his house in the town of El-Arish.

That December, the IS newspaper al-Naba published a warning to Sufis living in Egypt in general, and Sinai specifically.

It mentioned the al-Jaririya order and its local meeting place in the town of Bir al-Abed, the al-Rawda mosque, vowing to “eliminate” the order as “soon as we are able to do so”. IS has not yet said whether it carried out the attack on the mosque last week.

Sheikh Khaled, the grandson of the al-Jaririya order’s founder, said 90% of those killed were its followers.

He told BBC Monitoring that the order was founded in Sinai in the 1940s and had about 130 mosques nationwide.

In the 1960s, they co-operated with nationalist President Gamal Abdel Nasser, and worked to boost his popularity among their followers.

After the 2011 revolution that overthrew Mubarak, they entered politics with the Sufi Egyptian Liberation party. The party joined the liberal, anti-Islamist Egyptian Bloc in the November 2011 legislative elections. 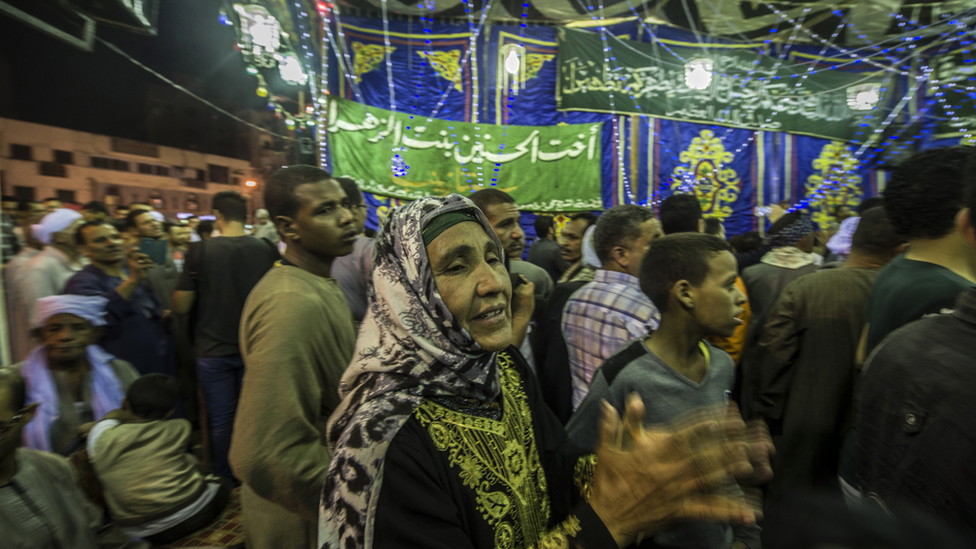