The Gambia’s National Sports Council (NSC) had demanded the GFF executive remain suspended while it investigated accusations of fraud, which the federation has denied.

With a Fifa ban looming, President Barrow called on the NSC to work in the “interest of the country’s athletes.”

It means Gambian players, clubs and officials can continue to participate in local, continental and global competition.

The Gambia’s women’s under-17 team is currently involved in qualifying for the World Cup.

Fifa had set a deadline of 27 November for the GFF executive to be reinstated, but on Friday Darboe insisted he would not change his stance and added he was willing to accept the global ban if necessary.

The Sports Minister Henry Gomez, who met with President Barrow, held discussions with the NSC who confirmed on Wednesday 29 November that they had decided with immediate effect to lift the suspension on the GFF.

The NSC said in a statement it would continue with its investigations and a report will be submitted to the president of The Gambia, to Fifa and to the public, in its “crusade to bring sanity and honesty to football and every sporting discipline” in The Gambia. 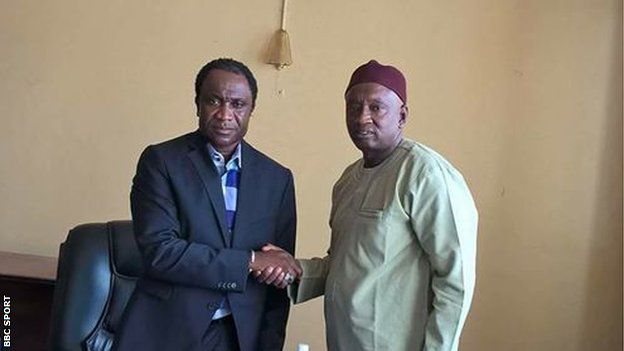 One Rohingya’s struggle to empower women in ...