The man accused of masterminding the 2012 attack on a US consulate in Benghazi, Libya, has been acquitted by a US jury of the most serious charges.

Ahmed Abu Khattala was convicted of terror charges but found not guilty of other charges including murder.

The attack on the diplomatic compound resulted in the death of US ambassador Chris Stevens and four US guards.

Hillary Clinton, who was secretary of state at the time, was accused by Republicans of not doing enough.

A jury in Washington acquitted Khattala of 14 of the 18 charges after deliberating for five days following a seven-week trial.

He was convicted on four charges including conspiracy to provide material support for terrorism, maliciously destroying and injuring dwellings and property as well as using and carrying a semi-automatic weapon during a crime of violence.

Khattala faces up to 60 years in prison.

He was captured by US special forces in Libya in 2014.

• Native of Benghazi in eastern Libya

• Formed his own small militia during the anti-Gaddafi uprising

• Also denies any role in the attack on the US embassy in 2012, but eyewitnesses report him being there

According to prosecutors, the first wave of attackers assembled outside the gates of the mission about 21:45 local time on 11 September 2012.

They were armed with AK-47-type rifles, handguns and rocket-propelled grenade launchers.

Stevens and diplomat Sean Smith died in the fire, while the remaining state department workers escaped to a separate US facility nearby.

That building soon came under attack, and security officers Tyrone Woods and Glen Doherty were killed by mortar fire.

Prosecutors said Mr Abu Khattala entered the destroyed US mission and “supervised the exploitation of material from the scene” by armed men.

According to US prosecutors, in the days following the attack, Mr Abu Khattala “attempted to obtain various types of equipment, including weapons, to defend himself from feared American retaliation for the attack”.

The attack ignited a firestorm of accusations from Republicans, mainly directed at Mrs Clinton, over the security of the compound and what was known in the build-up to the tragedy. 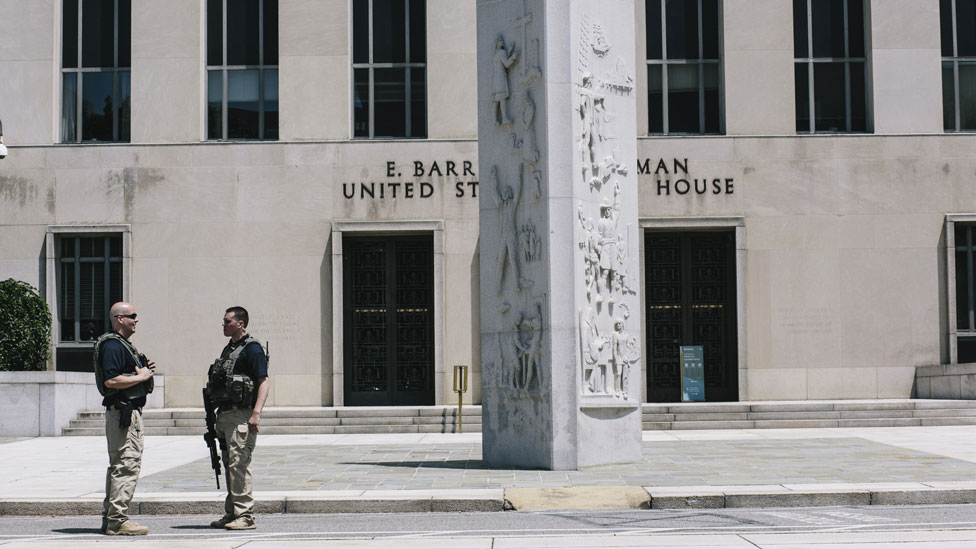