French President Emmanuel Macron has outlined a new approach to relations with Africa as he begins a regional trip starting with Burkina Faso.

He said he was “from a generation that would not tell Africans what to do”.

Mr Macron is on a three-day trip in West Africa, taking in Burkina Faso, a European-African summit in Ivory Coast and Ghana.

Hours before he arrived in Burkina Faso’s capital, Ouagadougou, a grenade was thrown at French soldiers. French media reported that three civilians were wounded.

Separately, stones were hurled at a vehicle travelling with the French delegation. Mr Macron was meeting the country’s president at the time and was not in the convoy, his spokesman said.

All French files on the 1987 assassination of Thomas Sankara would be made available to Burkina Faso’s authorities, Mr Macron said.

“At present, except for documents which are classified and categorised as secret, the files are available and open to Burkinabe justice,” he said.

Sankara, who was dubbed Africa’s Che Guevara, was assassinated in a coup led by his erstwhile brother-in-arms and best friend Blaise Campaoré – who went on to lead the country for the next 27 years.

Mr Macron’s advisers say the tour’s main message will be to stress a partnership of equals with Africa, aimed at boosting co-operation in education, particularly that of girls and women, the digital economy and migration.

He said he wanted “Africa to be a priority of French economic diplomacy” and that France would “no longer invest solely in government-to-government operations. It will no longer invest for large groups to participate in organised corruption operations”.

He was speaking in front of 800 students at the university of Ouagadougou.

There were some clashes outside the university between pro-France protesters and those who reject French interference in African affairs, Rodrigue Tagnan, a journalist at the scene, tweeted. 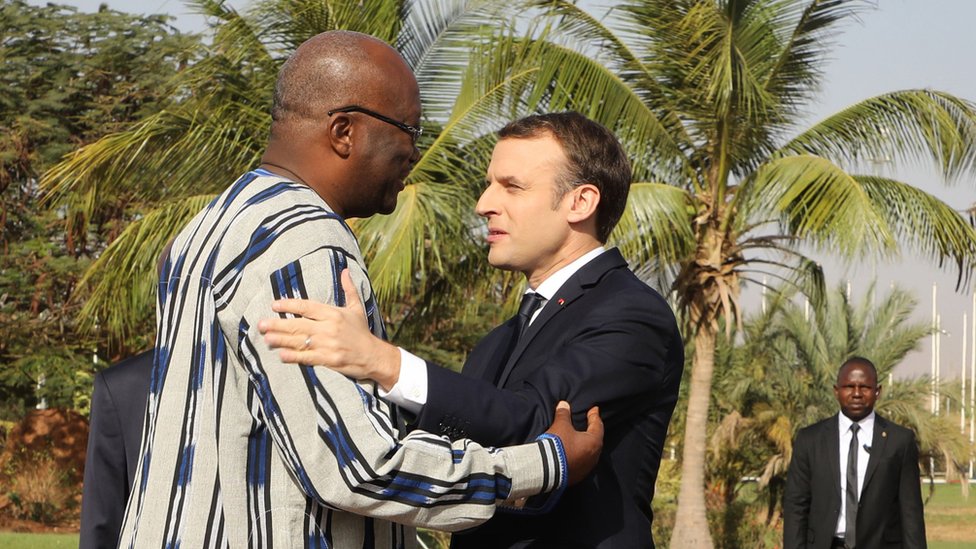 Saudi Arabia executes 7 for murder and ...