Sixteen men arrested last month during a crackdown on homosexuality by the authorities in Egypt have been sentenced to three years in prison.

A court in Cairo found 14 of them guilty of “inciting debauchery” and “abnormal sexual relations” on Sunday. The other two were convicted on Monday.

The verdict for a 17th man on trial in the same case has been delayed.

The Egyptian Initiative for Personal Rights (EIPR) says at least 75 people have been arrested since rainbow flags were raised at a concert in the capital on 22 September, provoking a public outcry in the socially conservative country.

Homosexuality is not explicitly criminalised under Egyptian law. Instead, the authorities have relied on a 1961 prostitution law to charge people suspected of engaging in consensual homosexual conduct with “habitual debauchery”.

However, Amnesty International said earlier this month that more than 60 members of the Egyptian parliament had proposed a law that would criminalise same-sex sexual activity following the flag-raising incident.

The public promotion or advertising of any lesbian, gay, bisexual or transgender (LGBT) gatherings or parties would also be punished by up to three years in prison, as would the display, promotion, sale or marketing of LGBT signs.

The bill also includes a clause that licenses the authorities to publicly “shame” individuals convicted of a related offence by publishing their names and sentences in national newspapers.

“This deeply discriminatory bill would be a huge setback for human rights and another nail in the coffin for sexual rights in Egypt,” warned Najia Bounaim, Amnesty’s North Africa campaigns director.

The draft bill is expected to be reviewed and discussed by parliament during its current session and if voted for, it would be sent to the president for sign-off. 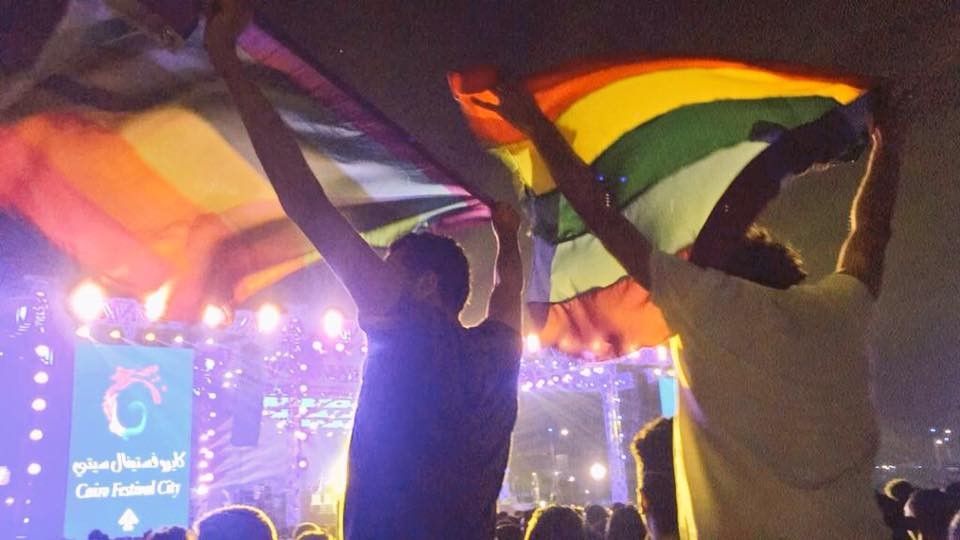 Video technology to be used for the ...