Confederation Cup winners TP Mazembe have been forced to delay Monday’s victory celebrations due to a change in travel plans.

The squad was due to fly directly back to Lubumbashi from Johannesburg on Monday morning after Saturday’s aggregate win over SuperSport United.

Their scheduled flight on Monday morning was delayed by 10 hours before the team decided to change their trip and leave on Tuesday instead.

They will fly to the Zambia town of Ndola before completing their trip home by road.

The reasons for the change of plans are unclear but the club are blaming the fact that their owner Moise Katumbi is the main opposition to the DR Congo president Joseph Kabila.

Katumbi has been in exile in Belgium for the last two years as he campaigns against Kabila and protests the fact that presidential elections have been delayed since 2016.

Thousands of fans had been expected at the airport in Lubumbashi to welcome the team back with their latest trophy.

“Why should a team that has just won a continental cup be denied landing rights in their own country; just because the team belongs to me?” a fuming Katumbi told BBC Sport.

“This is not about Moise Katumbi. The victory is for the Congolese people. That’s why I have been saying Kabila is bad for human rights.”

Mazembe forced a goalless draw on Saturday with SuperSport United to retain their Confederation Cup title. 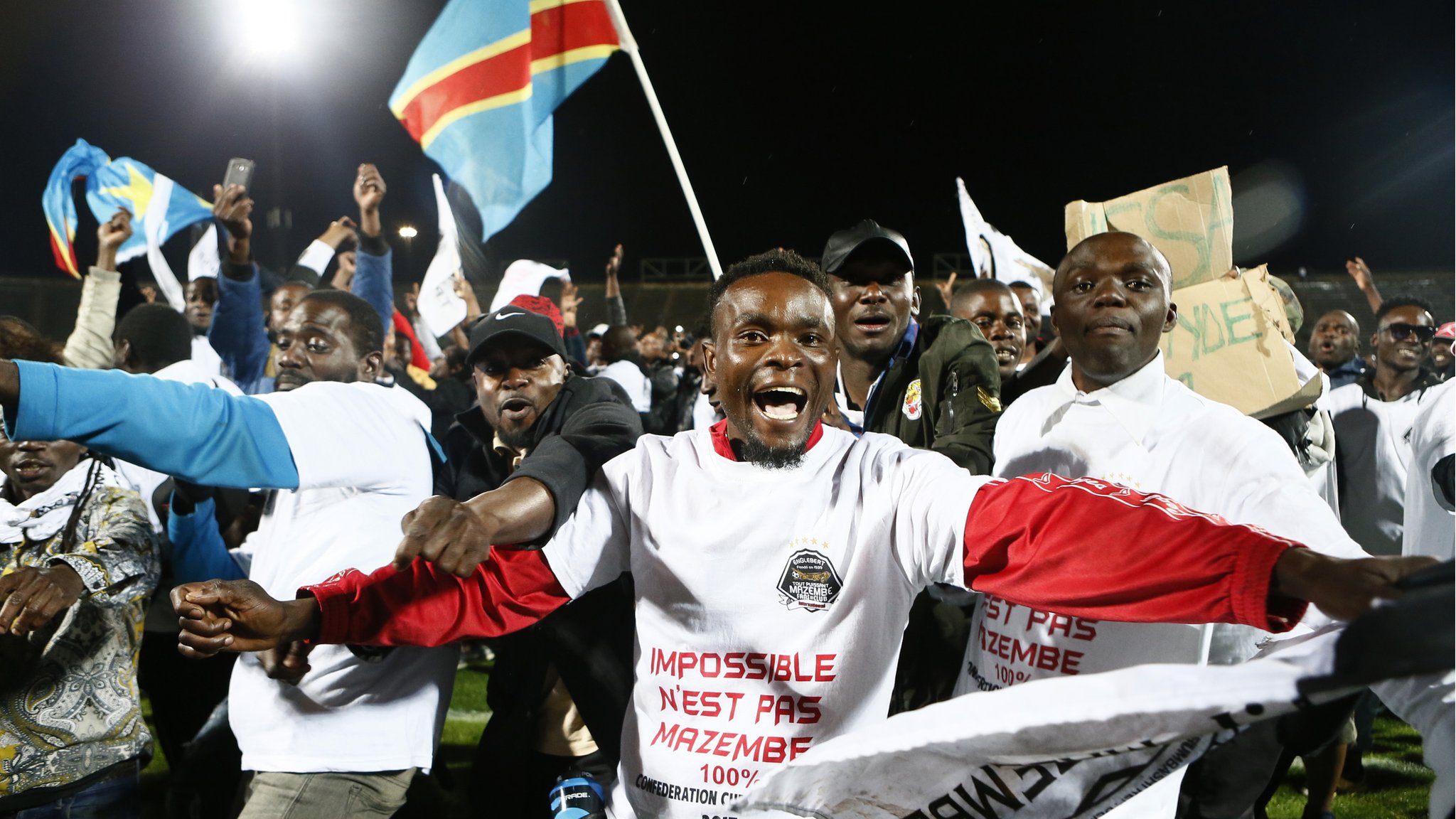