Opinion: Why the West owes Zimbabwe a future

Zimbabwe’s debt has its origins in loans which were used to bolster the military power of the white supremacist government of Rhodesia (Southern Rhodesia being the colonial name for Zimbabwe) in violation of UN sanctions. These debts (worth $700m at that time) were handed down to Mugabe after 1980,

London, Nov. 26, 2017 (AltAfrika)-For Zimbabwe, this is a great time. Robert Mugabe’s 37-year long rule has ended without adding to the blood and suffering that he has already caused to his country’s people. This moment is as much a victory for the people as it is for the army which moved against him.

The next few weeks will be crucial. But if Zimbabwe is to have a positive future, it’s time for Western countries to own up to the role they played in the country’s catastrophe, and to put it right.

Six years ago, Jubilee Debt Campaign investigatedthe history of Zimbabwe’s debt. That debt – now thought to be running close to $10bn – is unpayable by a country that remains in economic collapse. But it is also testament to the role that Western governments, international institutions and transnational corporations have played in Zimbabwe’s catastrophe.

Zimbabwe’s debt has its origins in loans which were used to bolster the military power of the white supremacist government of Rhodesia (Southern Rhodesia being the colonial name for Zimbabwe) in violation of UN sanctions. These debts (worth $700m at that time) were handed down to Mugabe after 1980, who inherited a country with “middle income” economic status but also high levels of poverty and inequality.

The new Zimbabwe ran up further debts simply trying to prevent destabilisation from apartheid South Africa, which was still being supported by governments like Britain well into the 1980s. As early as 1998, my organisation called for the cancellation of these “apartheid debts”. But in effect, they are still being recycled, with no acknowledgement of the damage wrought by that terrible period in Southern Africa’s history.

It seems strange now, but Mugabe was a model student of austerity for a while

Who was recycling these debts? Enter the International Monetary Fund and World Bank, who responded to successive droughts by extending loans to the country, on the condition that Zimbabwe implemented “structural adjustment” reforms. In modern terms, this meant austerity: cut government spending, liberalise trade, freeze wages, remove financial controls.

It seems strange now, but Mugabe was a model student of austerity for a while, praised by the World Bank for the “persistence and determination” with which these reforms were pursued. Too right. During the early 1990s drought, the most serious since the 1960s, maize was still being exported overseas, as a condition of the structural adjustment programme.

The long-term tensions these policies caused could hardly have been contained even by a well-meaning government, never mind the ruthless regime of Mugabe. The results affected every part of society. Badly needed land redistribution was scaled down, and the country became dependent on food imports. The successful textile industry collapsed. Unemployment rocketed to around 50 percent. Public spending cuts and the introduction of healthcare fees saw maternal mortality double. Inflation shot up.

Even the IMF and World Bank have since admitted that these reforms didn’t work, with the Bank saying it “under-estimated government concerns about the impacts of reforms on the distribution of income and assets and on the racial divide inherited at independence.”

Zimbabwe was also given a series of loans by European governments – often counted as “aid” – which benefitted big business, with the bill effectively being picked up by Zimbabwe’s poor. For years, British “aid” was conditional on buying British-made goods.

Between 1989 and 1997, the British government financially supported the sale of Hawk fighter jets, which Mugabe used to intervene in Congo, and 1,000 police land rovers which were used to suppress dissent. Britain joined other countries in supporting the infamous Hwange coal power station, which was great for foreign corporations, but which generated so little power that it didn’t even pay the interest on the loans.

Today, Zimbabwe continues to be weighed down by this debt, and by the policies which were promoted by the West.

None of this justifies the brutality or looting of Mugabe’s government. And before we get too excited by the events of recent days, let’s remember that Mugabe’s successor, Emmerson Mnangagwa, is another hard man, who spent decades in Mugabe’s clique, and has been accused of his own brutality and corruption.

Zimbabwe needs change, and that change needs to come from the country’s people. It’s vital that the stranglehold of Mugabe’s party, ZANU-PF, is broken, perhaps by a unity government preceding elections.

Western governments can continue to play a detrimental role, or they can play a useful role. If they want to make amends for past crimes, serious debt cancellation will be required as well as genuine aid and investment tied not to free-market reforms, but a massive democratic development plan, fully transparent and accountable.

Zimbabwe stands at a crossroads. Western countries and international institutions must apologise for their previous crimes. Rather than seeing this as an opportunity for further economic control, it’s time they put Zimbabwe’s people in the driving seat. 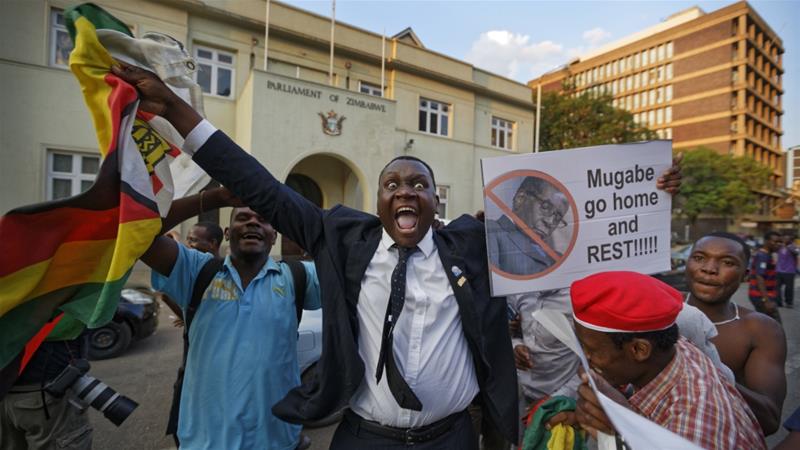 The article was first published by Al Jazeera Africa on the 24th, Nov. 2017 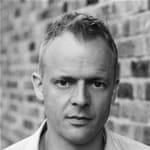 The march of democracy in Africa is ...

The rise and rise of ‘halal’ business