Friday’s attack on a Sinai mosque was Egypt’s deadliest in recent history, with over 300 people killed. Middle East analyst HA Hellyer looks at the significance of the target and the likely consequences.

The intensity of this Friday’s attack in Sinai is unprecedented in modern Egyptian history – never before have so many people been killed in such a short time by any terrorist group.

Regrettably though, this is not the first time that a mosque has been targeted by radical extremists. Iraqis know this; Syrians know this; as do many other populations around the world.

The scourge of radical Islamist extremism has been felt far more by Muslims than any other population. Muslims, by far, are its most numerous victims. And Muslims, most of all, are the ones fighting it.

What is particularly striking about this attack is not only its scale, but that it was carried out in a way that completely cuts across local dynamics.

Until now, radical groups have been trying to recruit in Egypt, from among local Egyptians. It is difficult to see that being remotely possible following this attack – irrespective of local grievances with the Egyptian state.

If anything, this will only intensify local opposition to any group that claims the slightest bit of sympathy for attacks of this nature. Indeed, that may be why no group has claimed responsibility for it because even for supporters of the Islamic State (IS) group, this attack was grotesque.

Much will be made of the fact that this mosque was affiliated to a Sufi order. The targeting of the mosque is quite likely to have something to do with that – as is the reportedly vocal opposition of villagers to radical groups.

Sufism is intrinsic to Sunni Islam in Egypt as elsewhere – it is an integral part of Muslim life, and the influences of Sufism on mainstream Sunni Muslims are widespread. To speak of a “Sufi minority” implies that this was a sectarian attack on a sect of some kind. There is almost certainly a sectarian component, in that radical Islamists deem Sufis to be a “sect” – but that is not the standpoint of Sunni Islam.

It is entirely likely that the majority of those who frequented that mosque were not affiliated to any Sufi order in the first place. The mosque was most significant for being the main mosque in the area.

The question now will be how the Egyptian state responds.

Sinai in particular has been in need of widespread efforts to tackle inequalities and lack of development – not just for a few years, but for decades. What it has seen instead has been an almost exclusive focus on a security solution.

But a comprehensive solution needs to encompass not only the necessary use of force of arms – but also take account of the wider aspects of the situation in the Sinai.

There is no linear path from lack of development to these sort of attacks – otherwise there would be far more across Egypt, and the entirety of Sinai would have fallen into the hands of IS, rather than being localised in a particular part of the north.

But, just like so much of rural Egypt, the lack of socio-economic opportunities and broader development need to be addressed – otherwise, they will be exploited as a recruitment tools for a few, and a few is too many.

In northern Sinai, as in the world over, extremism has many factors underpinning its existence, and countering it requires a holistic approach. Yet against the backdrop of this horrific and brutal tragedy, the immediate response from Cairo is dominated by mourning – and fury, but most of all, of sorrow, as so many are now laid to rest.

Dr HA Hellyer is senior non-resident fellow at the Atlantic Council and the Royal United Services Institute in London, and author of A Revolution Undone: Egypt’s Road Beyond Revolt 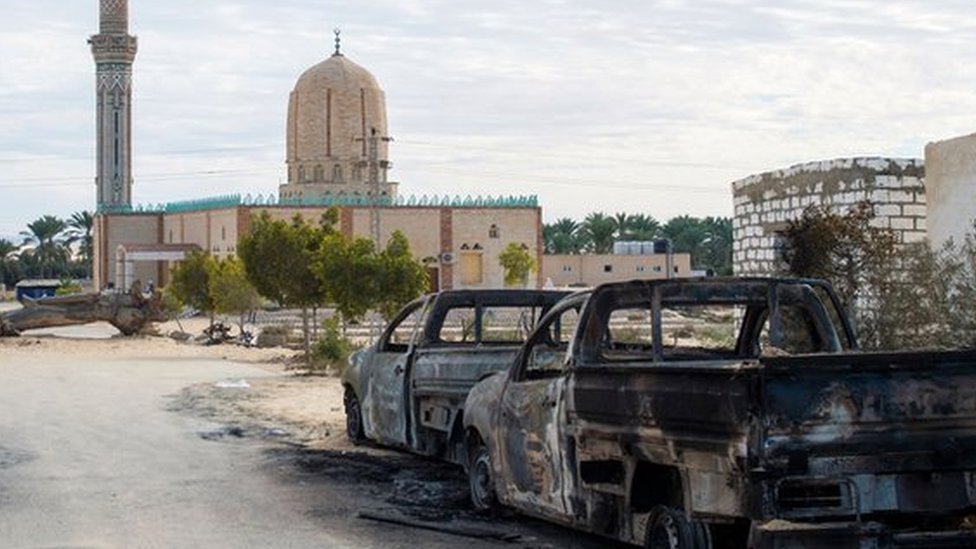