Zimbabwe’s former Finance Minister Ignatius Chombo, taken into custody by the military after it took power, has appeared in court in Harare.

He faces corruption and abuse-of-power charges from his time in local government, his lawyer says.

Mr Chombo is one of several leading figures detained when former President Robert Mugabe was placed under house arrest on 14 November.

Separately, the high court has ruled that the military takeover was legal.

“The actions of the Zimbabwe Defence Forces to stop the usurping of power by those close to former president Robert Mugabe are constitutional,” the Zimbabwe Broadcasting Corporation quotes the court as saying.

The court also ruled “null and void” the sacking by Mr Mugabe of then Vice-President Emmerson Mnangagwa earlier this month.

The military takeover was widely seen as a reaction to moves by Mr Mugabe to ensure his wife, Grace, succeeded him, and against the sacking of Mr Mnangagwa, who became president on Friday.

The high court said its ruling would prevent non-elected individuals exercising powers only open to those who have been elected.

But the ruling has raised concerns that the military is exercising undue influence over the judiciary.

Meanwhile, former Finance Minister Chombo appeared in court attired in a blue suit and chatting to police guards as he faced charges stemming from his time as a local government minister more than 10 years ago.

The court cases capped a tumultuous week in Zimbabwe, which saw Mr Mugabe resign on Tuesday in a letter read out to MPs who were about to start impeaching him.

His resignation was greeted by widespread celebration on the streets of Harare and followed on Friday by the swearing-in as president of Mr Mnangagwa.

At Harare’s 60,000-capacity National Sports Stadium, Mr Mnangagwa said Zimbabwe was now “ready and willing for a steady re-engagement with all the nations of the world”.

“Key choices will have to be made to attract foreign direct investment to tackle high-levels of unemployment while transforming our economy,” he said.

He also praised Mr Mugabe, calling him one of the “founding fathers” of our nation and counselled against “vengeful retribution” against those who had been ousted. 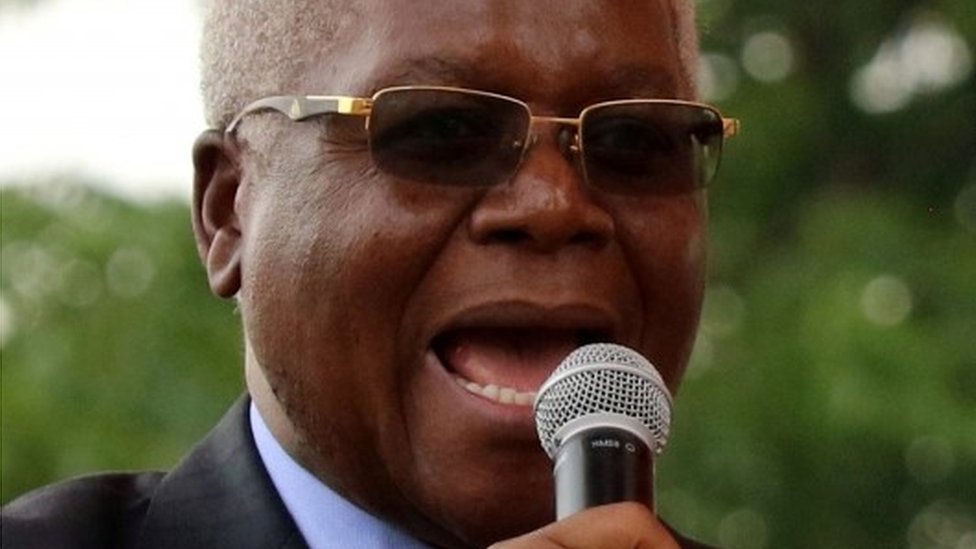