At least 31 migrants have died after their boat capsized off the coast of Libya on Saturday.

They had been trying to cross the Mediterranean along with another boat. Children were among the dead.

Some 60 people were rescued from the water and 140 picked up from the second boat.

Mild weather conditions and calm seas has led to a rise in the number of migrants leaving Libya for Europe in recent days.

Some 250 people were rescued by the Libyan coastguard on Thursday.

And Italy’s coastguard said on Tuesday it had rescued 1,100 people.

Saturday’s sinking happened off the shores of Garabulli, a town some 37 miles (60 km) east of the Libyan capital, Tripoli.

“The first dinghy had capsized, it had sunk before we reached it,” Colonel Abu Ajala Abdelbari of Libya’s coastguard said.

He said the coastguard had gone to the scene “after hearing distress signals, and when they got there they found a group of people hanging on to the remainder of the dinghy, but the rest had died, they had spread out while the dinghy was sinking.”

They have been taken taken to Tripoli’s naval base.

Other rescue operations were ongoing on Saturday evening, an Italian coastguard told the AFP news agency.

“The weather conditions these days are favourable for sending migrants to European shores on boats that are often unseaworthy,” Colonel Abu Ajala Abdelbari said.

The International Organization for Migration (IOM) said on Friday that at least 33,000 people are reported to have died or gone missing between 2000 and 2017 – making crossing the Mediterranean the world’s “deadliest journey” for migrants.

Nearly 3,000 migrants are believed to have drowned while trying to cross the Mediterranean this year. 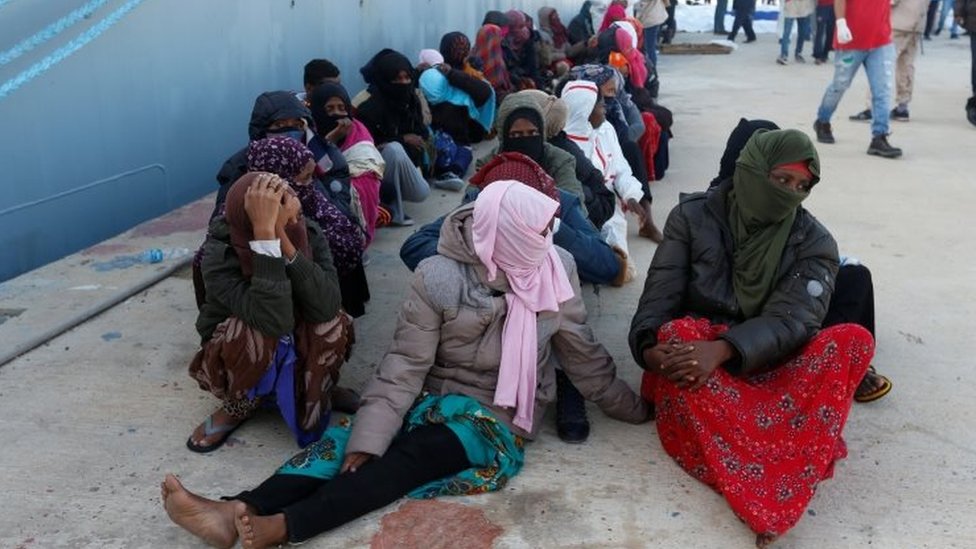