Zimbabwean’s hopes and fears for the future

The events which have unfolded in Zimbabwe in the past fortnight have created confusion and opportunity in the country.

As Robert Mugabe’s 37-year rule ends, many people are asking what comes next?

Zimbabweans living around the world told us their hopes and fears for the next steps of their country in uncertain times.

Samantha Hewitt left Zimbabwe in 1994 when she was 15. Her mother had become politically active, and feared for the safety of her family.

“When I heard the news that Mugabe had resigned I threw a small party.

“I feel as though a burden has been lifted from my heart.”

However, she remains uncertain over the future of her home country.

“I accept Emmerson Mnangagwa with caution. We can’t forget he was in power with Mugabe. He turned a blind eye to the suffering of Zimbabweans for a long time.

“My husband is white and I have been worried about taking him to Zimbabwe. I am testing the waters with Emerson before I take him, but it’s more likely.”

Considering the future of Zimbabwe, Samantha hopes to see “free and fair elections moderated by the UN,” and constitutional change to limit how long one person can remain in power. “Two terms is enough for anybody to rule.”

Freddy Masarirevu lives in Harare, the capital of Zimbabwe, and is “very worried” about the role of the army in the future.

“I am glad they helped get rid of Mugabe, but we need democratic elections. What is to stop them intervening again to put whoever they want into power?”

Freddy, born in 1993, took part in the demonstrations on the streets of Harare. He said it was “weird” to be able to criticise the President.

“It was the first time I had heard people publicly say Mugabe must go.”

As a recent graduate looking for a job, the economy is high on Freddy’s list of priorities for the future: “It is hard to get a job in Zimbabwe, I hope the new President invests in the country and is able to create jobs.”

Nikki, who was born in Zimbabwe but left in 2015, was detained by the Zimbabwean authorities for taking part in protests at Victoria Falls last year.

When she heard Mugabe had stepped down she was unable to contain her excitement: “I ran out into the streets of the small English village I was in and started dancing.”

Nikki is glad her fellow Zimbabweans have “found their voice.” In calling for Mugabe to resign, she urges them “to put that voice to use.”

She hopes to see “economic reform,” “zero tolerance for corruption,” and an end to “police violence, brutality and intimidation”.

However, “praising as heroes the very regime that has oppressed us is a dangerous game”.

Considering the realities of events in Zimbabwe, Nikki reflects her “initial ecstasy has been pulled right back down to earth”.

Guy Hammond was born in Zimbabwe but was forced to leave in 2002 when, as a white farm-owner, his land was requisitioned by the government.

“We were given 36 hours to leave our home. My wife and I had a new-born baby. It was a deeply traumatic experience.

“Mugabe devastated my life and shattered my family.”

He now works across the boarder in Zambia, and returns to Zimbabwe to visit his children twice a month.

“I welled up when I heard the news about Mugabe resigning. I am overjoyed my children might now have the opportunity of a better life.

“I hope Emmerson Mnangagwa will stick to his work on bringing jobs to the country, and realises agriculture is the backbone of Zimbabwe.”

Guy is keen to return to Zimbabwe and start farming again: “I would 100% move back home now Mugabe is gone.”

Interviews and written by George Pierpoint, UGC and Social News. 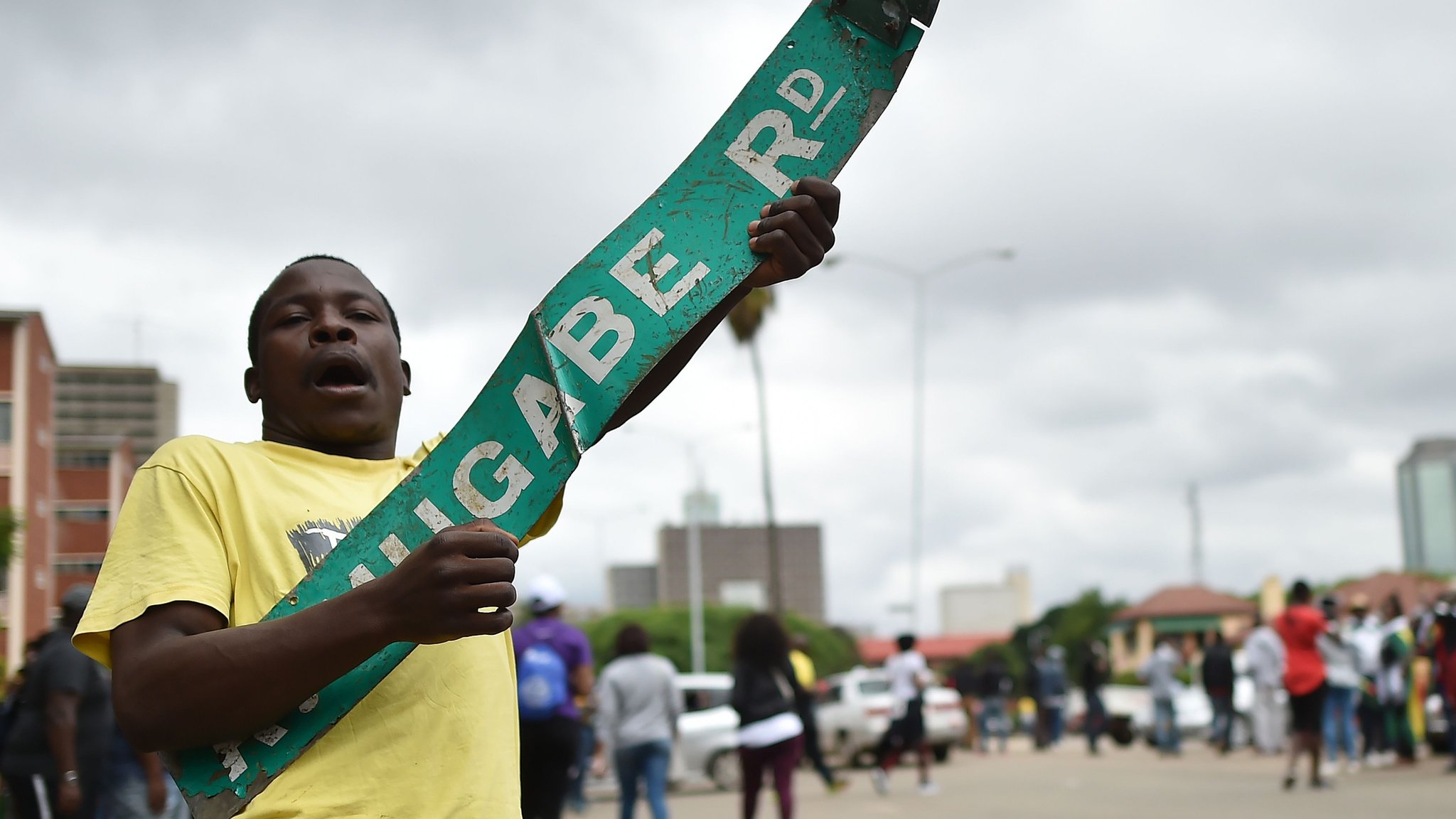