A 95-year-old Australian woman has found herself at the centre of an international row over her collection of ancient Middle Eastern artefacts.

Joan Howard, the wife of a UN diplomat, used her travel to the region to join archaeology digs in the 60s and 70s.

But a recent profile in The West Australian newspaper, showcasing her extensive collection, prompted outrage.

Archaeologists have called for an investigation into her collection of cultural artefacts.

The Australian Associated Press reports that the country’s Department of Foreign Affairs is now looking into the matter.

Shaaban Abdel Gawad, the director-general of the Retrieved Antiquities Department at Egypt’s Supreme Council of Antiquities, told the Sydney Morning Herald that Egypt’s foreign ministry had requested the investigation.

“We want to investigate how these pieces made it out of Egypt illegally,” he told the newspaper.

Despite the controversy, it is not clear if Mrs Howard broke any national or international laws.

It called her Australia’s “real life tomb raider” who had “a mischievous twinkle” in her eye when talking about her collection – which it said is worth more than A$1m (£571,000).

Objects in the collection include a funeral mask from an Egyptian mummy, Neolithic axe heads dating back 40,000 years, Roman weapons, and coins and jewellery from ancient Egypt.

“Through her husband’s UN connections, over 11 years she was given carte blanche to travel between Syria, Egypt, Lebanon, Jordan, Palestine and Israel,” the newspaper reported.

“She used her diplomatic freedom to search for antiquities before laws changed and it became legally difficult to do so,” it added.

The Unesco convention on the illicit trade of cultural property was adopted in 1970, meaning it is now illegal to remove such items from their country of origin.

Egypt’s national laws to protect its antiquities date back to the 1880s, according to the International Council of Museums, and many of the other nations where Mrs Howard travelled have had their own laws since at least the 1950s.

There have now been calls for an investigation into the legality of Mrs Howard’s activities in the 1960s and 1970s, to see if any of the artefacts should be repatriated.

Archaeologist Monica Hanna is one of those calling for an investigation into the great-grandmother.

Dr Hanna posted an open letter to Australia’s ambassador to Egypt claiming that Mrs Howard “behaved as a pirate” by appropriating artefacts from archaeological sites.

Mrs Howard has not responded to the latest developments.

The perceived positive spin on the profile of the “real-life Tomb Raider” is also controversial in itself.

“The celebratory tone of the article of her boasting on the destruction of archaeological sites sends a very negative image,” Dr Hanna said in her letter.

Many of Egypt’s most prized cultural artefacts have long been held by other countries – such as the Rosetta Stone, which is part of the British Museum’s collection. But the problem is not limited to the colonial era.

During the expansion of the so-called Islamic State, many cultural artefacts were sold on the black market to raise funds for the group.

And earlier this year, Christian-owned US arts and crafts company Hobby Lobby forfeited thousands of smuggled ancient artefacts from Iraq it had bought for a Bible museum, paying $3m (£2.3m) in a legal settlement. 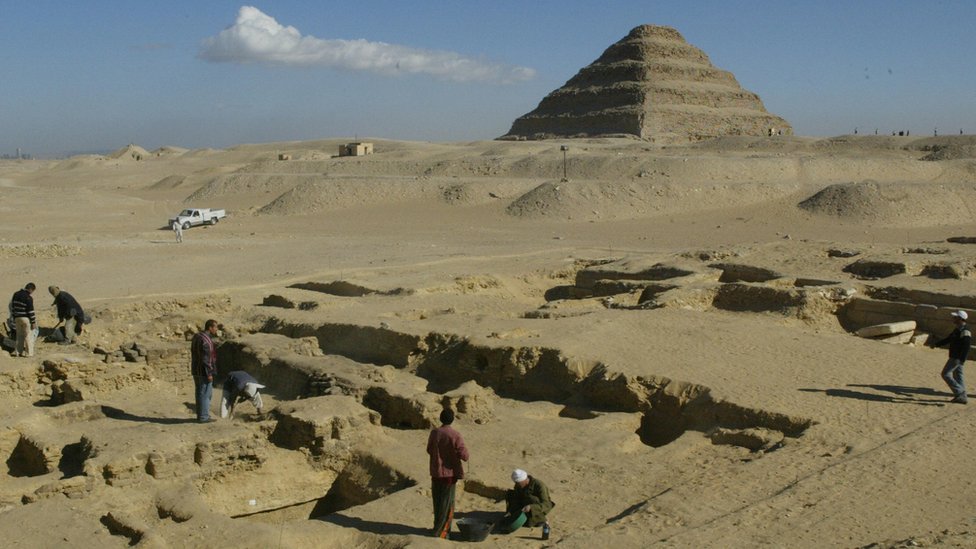 No nation can survive without its traditions-Ooni