Witnesses told Egyptian media it happened in the town of Bir al-Abed near al-Arish during Friday prayers.

Egypt has been fighting an Islamist insurgency in the region, which has intensified since 2013.

Some 75 people were also wounded in the attack, health officials said.

One report said the target appeared to be supporters of the security forces who were praying at the mosque.

The latest attack comes weeks after a deadly militant ambush of Egyptian soldiers in Sinai.

It is not yet known who was behind Friday’s attack.

Jihadist militants have been waging an insurgency in recent years, stepping up attacks after Egypt’s military overthrew Islamist President Mohammed Morsi in July 2013.

Hundreds of police, soldiers and civilians have been killed since then, mostly in attacks carried out by Sinai Province group, which is affiliated to so-called Islamic State (IS). 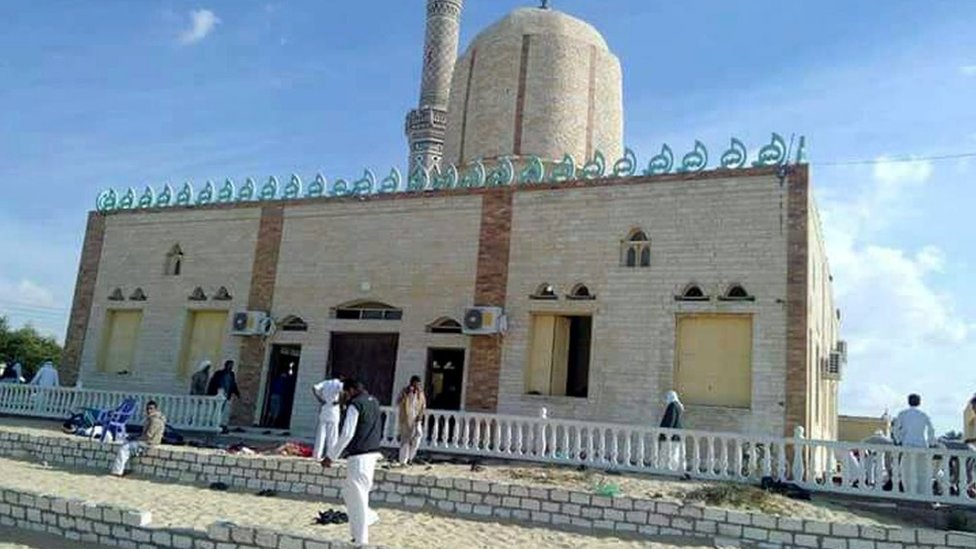