London, Nov. 23, 2017 (AltAfrika)-Zimbabwe must act quickly to dig its economy out of a hole and access international financial aid, the International Monetary Fund has warned.

The once-thriving economy is now seen as a regional basket case.

He said high government spending should be reined in and Zimbabwe should address the large international debt it has defaulted on.

“Immediate action is critical to reduce the deficit to a sustainable level, accelerate structural reforms, and re-engage with the international community to access much needed financial support,” Mr Leon said.

Robert Mugabe, who led Zimbabwe for 37 years, stepped down earlier this week under pressure from the military and his own Zanu-PF party.

His policies, including disastrous land reforms and printing too much money, are blamed for the calamitous state of Zimbabwe’s economy.

The economy is half the size it was at the turn of the millennium.

Zimbabwe has not had a currency of its own since 2009, when the old Zimbabwean dollar buckled under hyperinflation – which is said to have reached 231 million per cent, worse even than the notorious levels in Germany following World War One.

Cash shortages mean Zimbabweans can often be seen queuing at banks. Economists say Zimbabwe needs a cash injection, but it has been barred from borrowing internationally since it began defaulting on its debt in 1999. 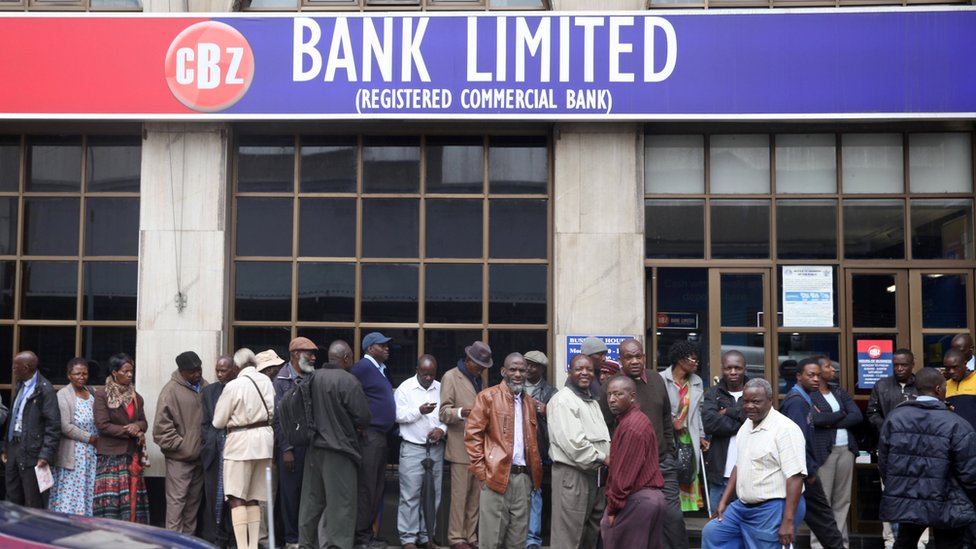