At least 50 people have been killed in a suicide bombing in the eastern Nigerian state of Adamawa, police say.

A bomber struck inside a mosque packed with worshippers during morning prayers in the town of Mubi.

Witness Abubakar Sule told AFP news agency that it appeared the bomber was part of the congregation.

No-one has said they were behind the bombing but the Islamist militants Boko Haram typically target crowded places in northern Nigeria.

Some 20,000 people have been killed in Boko Haram’s eight-year insurgency.

The BBC’s Ishaq Khalid reports that Boko Haram militants have recently stepped up suicide bombings in Nigeria’s north-east after the military recaptured territories previously controlled by the group.

At least 45 people were killed in a suicide bomb attack in the same state last December.

In that attack two female suicide bombers detonated their explosives in a busy market.

Who are Boko Haram?

‘How I almost became a suicide bomber’ 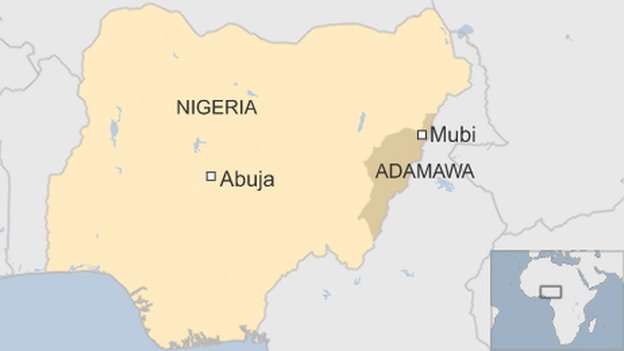