News that Robert Mugabe has resigned as the president of Zimbabwe has spread quickly across the streets of Zimbabwe. This is how people are celebrating.

People waved down traffic with their flags:

And drivers were beeping their horns at the news:

This Zimbabwean reporter captures people partying between the traffic:

A Zimbabwean news anchor highlights just how long Mr Mugabe has been in power:

On the same theme, another Zimbabwean posted on Instagram a photo of a young Mr Mugabe, adding: “You started early and finished late”.

One MP who was an ally of Mr Mugabe, described by some as his closest associate, paid tribute to him:

There’ll never be anyone like Cde RG Mugabe. I’m grateful for the opportunity to have served my country under & with him. I’m proud that I stood with & by this iconic leader during the trying moments of the last days of his Presidency. Democracy requires politics to lead the gun!

Some tweeters suggest the tribute could go even further – perhaps with a biopic of Mr Mugabe starring Don Cheadle. This mock-up film poster suggests all the details have already been carefully thought through:

Don Cheadle retweeted the picture with no comment aside from three crying-with-laughter emojis. 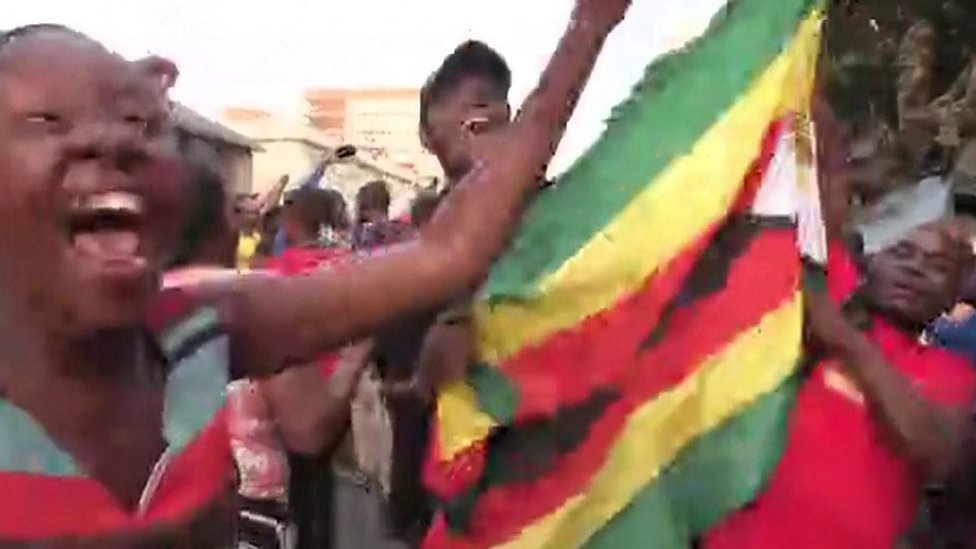