A purge of high-level officials in Angola by new President Joao Lourenco has been hailed as a victory by those campaigning for change in the country.

His sacking this week of the police boss and intelligence chief follows the dismissal of his predecessor’s daughter as head of the state oil firm.

Rapper Luaty Beirao, once jailed for his activism, is quoted as saying these actions were “revolutionary”.

Jose Eduardo dos Santos stepped down as president in September after 37 years.

Mr Lourenco, nicknamed “JLo”, was hand-picked by Mr Dos Santos to stand in elections in August – and at the time analysts expected him to maintain the status quo.

But she was fired last week, a move seen as an attempt to weaken the influence of the Dos Santos family.

Mr Beirao told journalists at a music festival in Portugal that he was “pleasantly surprised” by the new president, Portuguese new agency Lusa reports.

“What this man is doing is leaving us stunned,” he said.

The rapper, also known by his stage name “Ikonoklasta”, was an outspoken critic of Mr Dos Santos’s government, calling for a fairer distribution of the country’s oil wealth.

He was among 17 people convicted for planning a rebelling against Mr Dos Santos after discussing a book about non-violent resistance at a book club in 2015.

He was sentenced to more than five years in jail, but later released by the Supreme Court after spending about a year in detention. 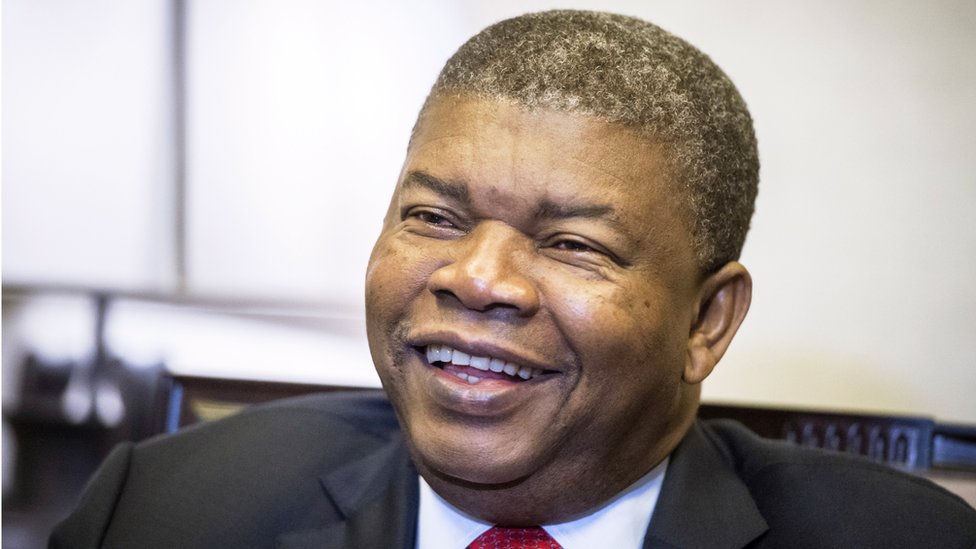