Judges dismissed two petitions challenging the poll, opening the way for Mr Kenyatta to be inaugurated for a second term next week.

The opposition said the ruling had been given under “duress”, and it would not recognise the new government.

The poll was held after the Supreme Court annulled elections held in August, saying the poll was marred by “irregularities and illegalities”.

Civil society groups wanted the new poll to be annulled as well, arguing that the electoral commission had violated the law by failing to call for fresh nominations.

Handing down the verdict on behalf of six judges, Chief Justice David Maraga said: “The court has unanimously determined that the petitions are not merited”

The aftermath of the poll has been fraught with tension.

Last week, five people were killed as police tried to break up a convoy of the opposition National Super Alliance (Nasa) in the capital, Nairobi.

Nasa candidate Raila Odinga refused to take part in the re-run, saying the electoral commission had failed to take steps to ensure that mistakes of the August election would not be repeated.

“We in Nasa had repeatedly declared before this Supreme Court ruling today that we consider this government to be illegitimate and do not recognise it. This position has not been changed by the court ruling,” Mr Odinga’s adviser, Salim Lone, said in a statement.

Kenyans take to the streets

The Supreme Court ruling has sent supporters from across the political divide to the streets in different parts of Kenya, albeit for contrasting reasons.

In ruling party strongholds, there’ve been celebrations, while followers of the main opposition alliance have been demonstrating.

The decision to dismiss these cases paves the way for Uhuru Kenyatta’s swearing in for another five-year term.

But this is by no means the end of the controversy.

Mr Kenyatta will face an uphill task of uniting a fractured nation. 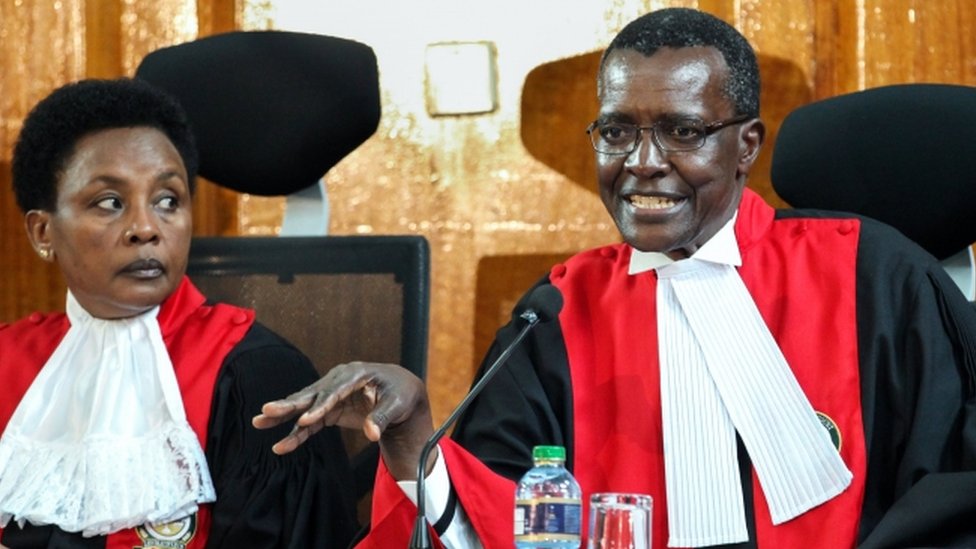