News Now
Home›News Now›Zimbabwe: Mugabe to meet with army chief on his future

Zimbabwe: Mugabe to meet with army chief on his future

Zimbabwe’s President Robert Mugabe is to meet the army chief amid intense pressure for him to step down.

Mediation will be led by a Catholic priest, state TV said. Mr Mugabe has largely been confined to his house since the army took over on Wednesday.

The governing Zanu-PF party is also meeting to discuss whether to dismiss their founder and long-term leader.

Mr Mnangagwa’s dismissal made Mr Mugabe’s wife Grace front runner to become next president. He is likely to be reinstated as vice-president when Zanu-PF convene.

Mr Mugabe has led Zimbabwe since independence from Britain in 1980.

Tens of thousands of Zimbabweans took to the streets on Saturday to celebrate the army’s takeover and to urge Mr Mugabe to quit.

They tore pictures of Mr Mugabe and marched to his office and residence.

The military says it will advise the public on the outcome of talks “as soon as possible”.

Nine of 10 Zanu-PF party chapters say Mr Mugabe should step down and their decision is likely to be endorsed at Sunday’s meeting of the party’s top body, the central committee.

The BBC’s Andrew Harding in Harare says this is a watershed moment and there can be no return to power for Mr Mugabe.

Our correspondent says the situation appears to be getting out of Zanu-PF’s control and there could be a broad push to introduce a transitional government that includes the opposition.

It is understood that President Mugabe has so far insisted that he cannot step down and so legitimise a coup.

The military maintains this is not a coup and there is international pressure to use constitutional means to resolve the political crisis. Negotiators are poring through Zimbabwe’s laws to find a legal way out.

Saturday’s call for civilians to take to the streets looks choreographed to lend some legitimacy to the transition process being discussed.

President Mugabe’s support base has continued to crumble. Independence war veterans, who fought alongside him against colonial rule, have also called on their former leader to leave.

But the biggest blow yet to Mr Mugabe could be delivered by the central committee of his ruling Zanu-PF on Sunday. Their meeting could see Robert Mugabe dismissed as party leader.

An army official, Maj Gen Sibusiso Moyo, then read out a statement on national television, assuring the nation that President Mugabe and his family were safe.

On Friday, Mr Mugabe made his first public appearance since being put under house arrest, speaking at a university. 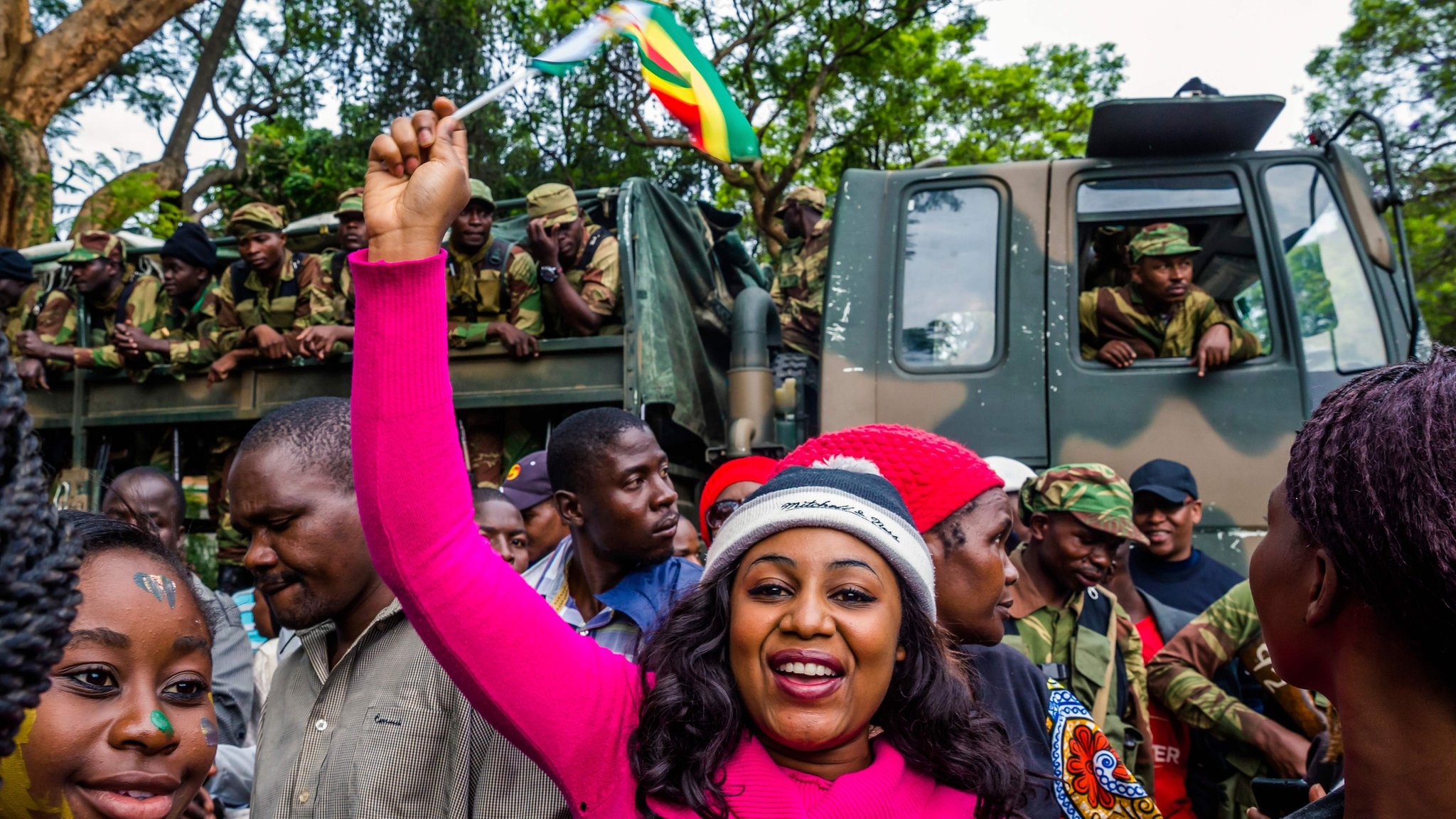 Zimbabweans gather for ‘death of a dynasty’

Africa: The Continent of Dynastic succession