Holders TP Mazembe of the Democratic Republic of Congo conceded an away goal as they beat South Africa’s SuperSport United 2-1 on Sunday in the first leg of this season’s African Confederation Cup final.

The hosts began well in front of their home fans in Lubumbashi, going ahead through a goal from Adama Traore in the 18th minute.

It remained 1-0 to the defending champions at half-time, but SuperSport hit back quickly after the break.

A powerful shot from the boot of Sipho Mbule gave the visitors the equaliser and what could be a precious away-goal after 48 minutes.

Mazembe restored their advantage 19 minutes later through Ghanaian midfielder Daniel Nii Adjei to make it 2-1 to the home side.

SuperSport’s New Zealand striker, Jeremy Brockie – the leading scorer in this season’s competition with 10 goals – made a round-the-world dash to reach DR Congo after playing a World Cup qualifier in Peru.

Brockie started the match but was substituted by coach Eric Tinkler in the second half.

This was SuperSport’s first defeat in 14 Confederation Cup matches since their lone defeat in Africa this year – away to Al Ahly Shendy of Sudan in the first leg of their last-32 qualifier.

Mazmebe and SuperSport had drawn twice in this season’s group stage with the South Africans coming from two goals behind to force an exciting 2-2 draw in Lubumbashi, followed by a drab 0-0 stalemate in Pretoria. 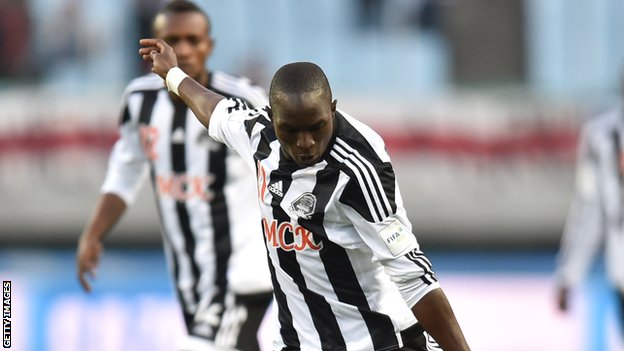