A carnival mood has engulfed Zimbabwe’s capital, Harare. Zimbabweans poured out to the streets carrying flags and placards to celebrate Wednesday’s military takeover.

President Robert Mugabe is under intense pressure to resign. But nothing has been heard from the 93-year-old since he appeared at a university graduation on Friday.

“We want to tell President Mugabe, it is time to rest,” Chipo tells us as she continues celebrating with her friends near Freedom Square. “This is a new Zimbabwe, and freedom has finally come,” she adds.

Such a public display of defiance against the president would have been unthinkable before the military intervention.

Crowds erupt into celebration at the sight of military vehicles and soldiers.

“They have given us our second independence,” shouts a man from a crowd surging towards an armoured personnel carrier.

The crowds sing songs praising the military and its chief, Gen Constantino Chiwenga. Some carry placards featuring the general’s portrait and that of the former Vice-President Emmerson Mnangagwa, who was fired last week after a feud with First Lady Grace Mugabe.

Negotiations are going on behind the scenes to persuade President Mugabe to step down.

It is understood that he has insisted that he cannot do so and legitimise a coup.

The military maintains this is not a coup and there is international pressure to use constitutional means to resolve the political crisis. Negotiators are poring through Zimbabwe’s laws to find a legal way out.

Saturday’s call for civilians to take to the streets looks choreographed to lend some legitimacy to the transition process being discussed.

President Mugabe’s support base has continued to crumble. Independence war veterans who fought alongside him against colonial rule have also been meeting in Harare. They, too, have called on their former leader to leave.

But the biggest blow yet to Mr Mugabe could be delivered by the central committee of the ruling Zanu-PF on Sunday.

State television, ZBC, reported that eight out of 10 provinces of the party have passed a vote of no confidence in the president. Sunday’s meeting is expected to ratify their decision, a move that could see Robert Mugabe dismissed as party leader.

Back on the streets in the capital, car horns have been blaring all day as a few daring drivers attempt stunts amid cheers from spectators.

The feeling of freedom is palpable. There is a sense that Mr Mugabe’s 37-year rule is coming to an end.

The majority of those in the streets are young people who have only ever known him as their leader, like 31-year-old Rachel, who took her children aged nine months and four years to Freedom Square. “I’m happy that she (pointing at the younger child strapped on her back) will grow up knowing a new president, not the one I’ve known all my life.”

“We want change,” says another young woman. “It doesn’t matter what change, we just want it.”

As celebrations continue into the night, it appears not much thought has been given to life after Robert Mugabe.

But there is growing consensus that the 93-year-old man has overstayed his welcome. 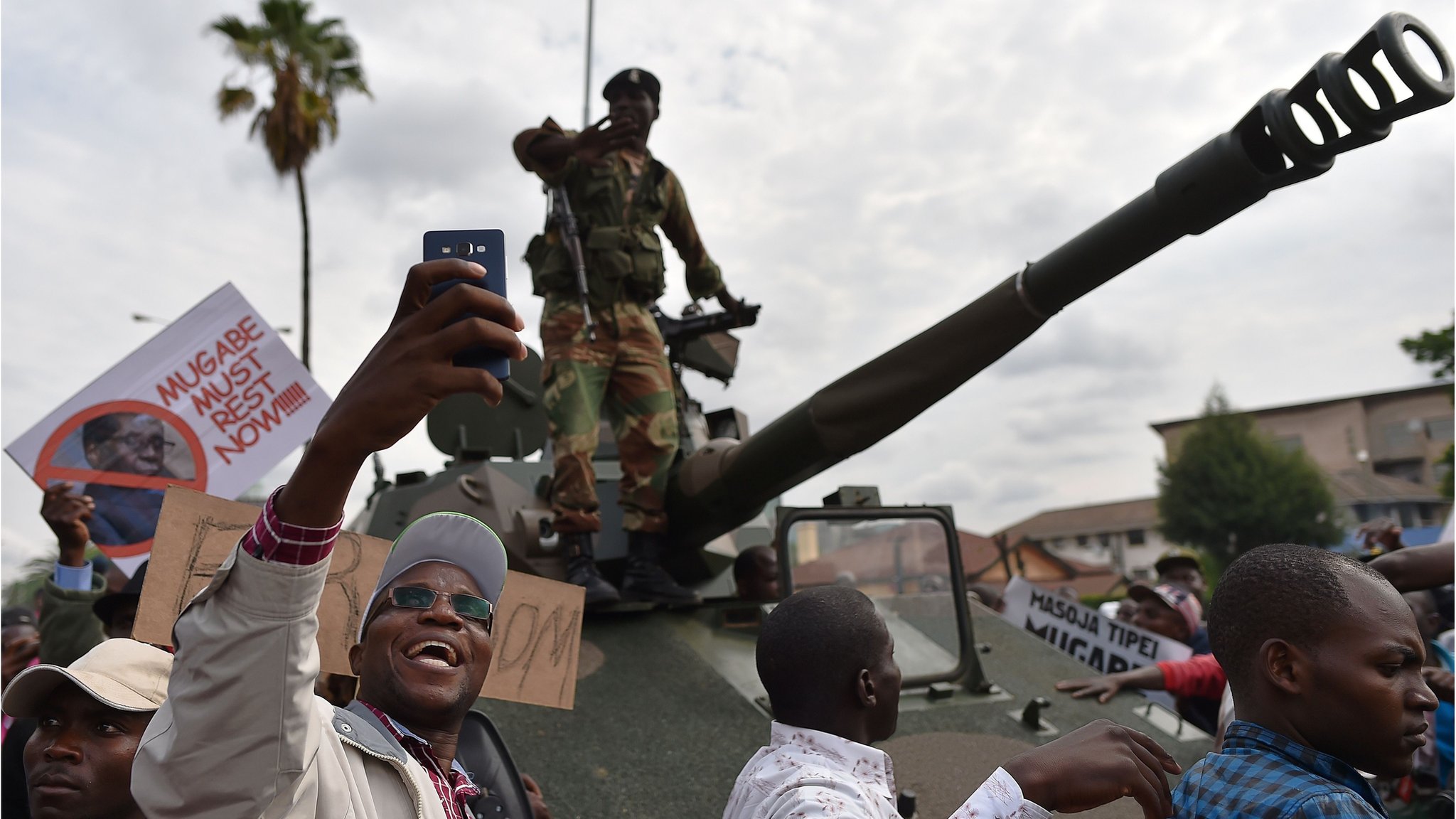 Does the new Bible Museum have an ...