Kodjia has aggravated the ankle problem he suffered at the end of last season.

And fellow forward Scott Hogan faces a month out of action after undergoing a stomach operation.

With Gabby Agbonlahor having “just begun his recovery” from a calf injury, the loss of the duo leaves teenager Keinan Davis as their only fit striker.

Kodjia, who broke down in training with the Ivory Coast, will now see a specialist this weekend in France.

“He’s damaged the ankle he had the operation on last summer,” Bruce told BBC WM. “We don’t know the extent just yet, until he has had a scan, but it doesn’t look good.

“He was touch and go for us two weeks ago. But he wanted to play for his country. It was a big game (at home to Morocco). He wanted to go to the World Cup.”

Hogan faces at least a month out

Bruce revealed that uncapped Hogan, who was first called up by the Republic of Ireland in September, fell ill after the 5-1 home defeat by Denmark in Dublin .

“They took to him to hospital and operated on a blockage in his stomach,” he said. “We don’t think it’s that serious as they’ve dealt with it, but he’s still had surgery so he’s going to be out at least a month.”

Kodjia missed Villa’s final game before the international break, the 2-1 home defeat by Sheffield Wednesday, in which Villa also lost John Terry with a broken metatarsal in his right foot.

Bruce expects to be without his captain, who used the international break for a holiday in Dubai, until the New Year.

But Robert Snodgrass is back in training after the rib injury that forced him to go off against Wednesday and fellow winger Andre Green is receiving treatment in the USA and is “progressing very well”.

Sixth-placed Villa return to Championship action on Saturday with a trip to Queens Park Rangers. 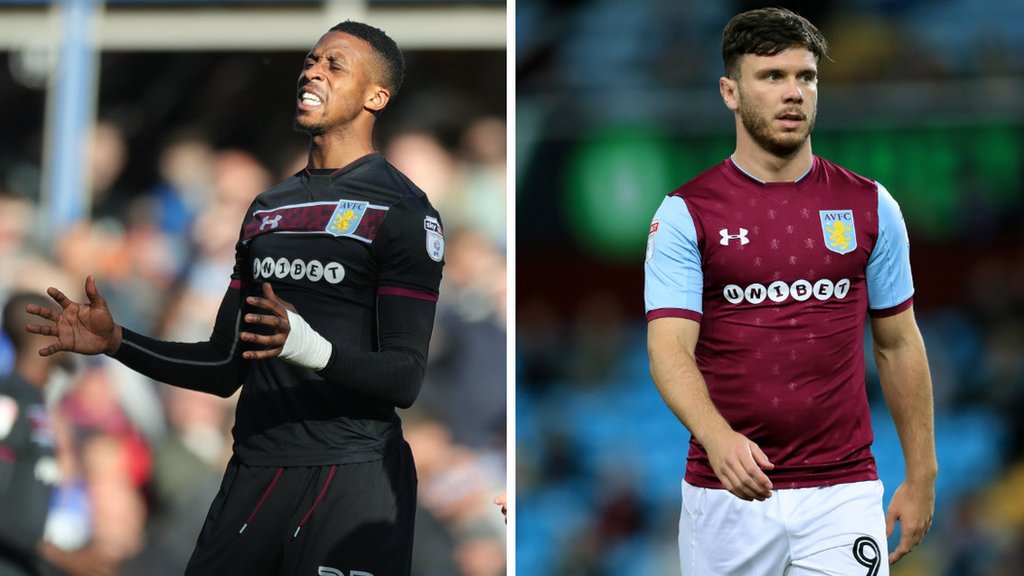