President Robert Mugabe’s first public appearance after the military takeover in Zimbabwe will have puzzled some.

Here he was at a university graduation ceremony, given the authority to hand students their degrees – almost as if nothing had happened.

It tells us two things.

Firstly, this was political theatre. The suggestion being that behind-the-scenes negotiations over his exit deal are cordial.

But it was also more than spectacle. It showed that President Mugabe’s opponents want to treat the elder statesman with dignity.

A culture of respect

As in much of Africa, respecting your elders is ingrained in Zimbabwe’s culture.

And 93-year-old Robert Mugabe, a liberation fighter who became the country’s leader at independence in 1980, is seen as the father of the nation.

It explains the respectful tone used by opposition leader and bitter rival Morgan Tsvangirai when calling for President Mugabe’s resignation.

He said Mr Mugabe should step down “in line with the national expectation and sentiment, taking full regard of his legacy and contribution to Zimbabwe pre and post-independence”.

Growing up in Zimbabwe – Dos and Don’ts

There is a great weight placed on respecting your elders in Shona culture, which is Zimbabwe’s biggest ethnic group. It is one of the fundamental values.

At a young age you are taught to greet, speak and interact with elders in a particular manner.

For example, when arriving at someone’s house, an exchange of greetings will be led by the younger party, who must enquire about the health of every adult present.

For girls or women, this could involve kneeling and clapping, then asking each individual in turn about their health. Boys and men will do much the same, but crouching.

Failing to do so is frowned upon, and taken as a sign of a poor upbringing or lack of respect.

This reverence for elders extends beyond your family. Any older woman or man is to be treated in the same way.

President Mugabe still commands the respect of the army leadership because of his liberation war credentials in the fight against white-minority rule in the 1960s and 1970s.

His government’s early achievements in improving access to healthcare and raising literacy rates were feted in the 1980s.

But in recent years the collapse of Zimbabwe’s economy, the violent crackdowns on political opposition and raids on white-owned farms have severely damaged Mr Mugabe’s reputation.

This is especially true in the international community, where some see him as nothing more than a despot.

But while Zimbabweans have been the ones to suffer first-hand, many still feel a lingering respect for the man who delivered them independence. 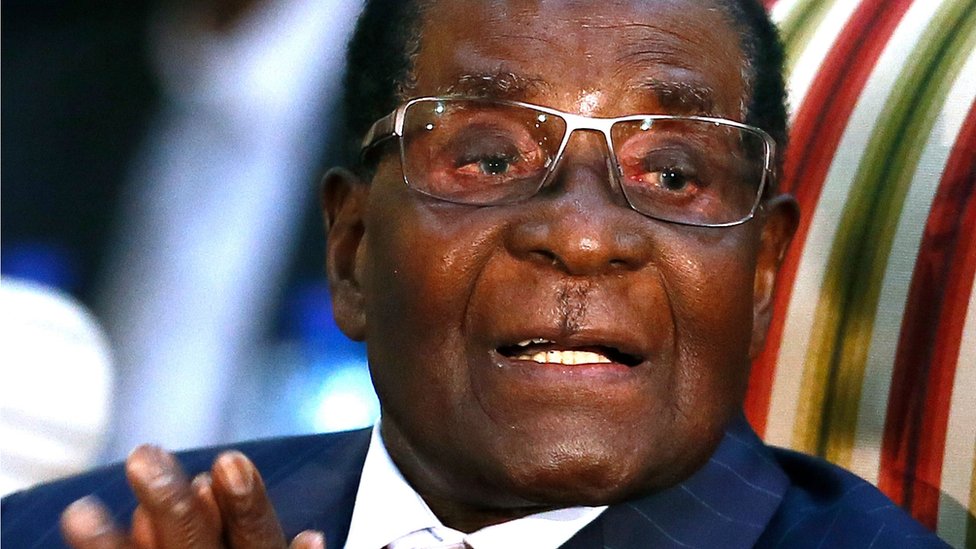