At least two people have been killed in Kenya’s capital Nairobi as police broke up crowds of opposition supporters.

The supporters had gathered to welcome home the main opposition candidate, Raila Odinga, from an overseas trip.

On Monday, the Supreme Court is due to rule on the legality of last month’s re-run election, won by the incumbent Uhuru Kenyatta with 98% of the vote.

The vote was widely boycotted by the opposition and denounced by Mr Odinga as a sham.

He went away on a 10-day speaking tour in Europe and America after withdrawing from the election.

On Friday, Mr Odinga’s convoy snaked through Nairobi to avoid security forces who tried to block off routes to public grounds where a rally could convene, the BBC’s Tom Oladipo reports from the city.

Riot police fired teargas and water cannon at defiant opposition supporters, as traffic was disrupted on motorways. Demonstrators threw stones in response. A police truck was set on fire.

Mr Odinga has called for a “national resistance movement” to “restore democracy” following last month’s vote, in which turnout was only 39%.

Who is Raila Odinga? 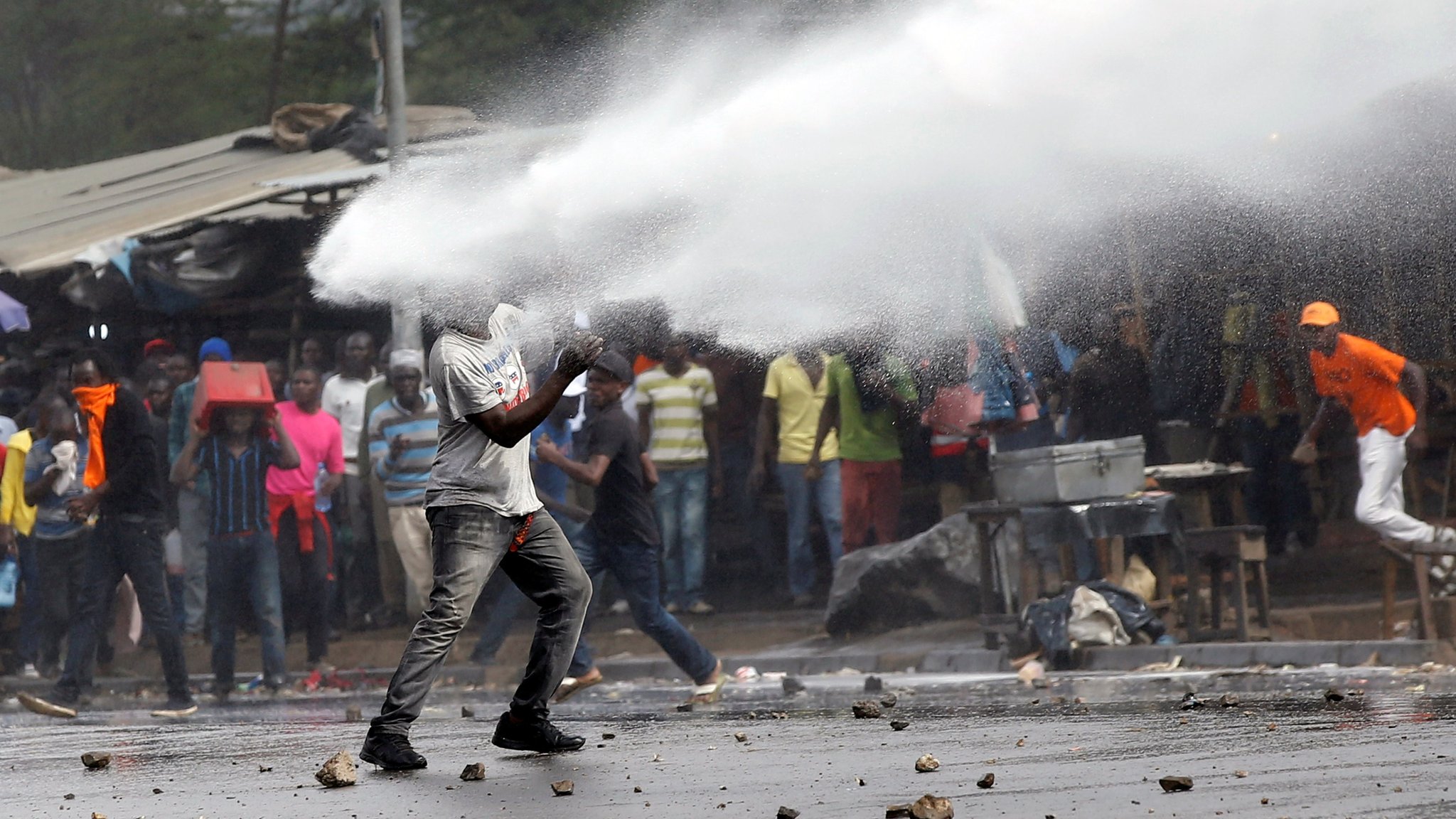