After reports emerged of the military seizing control in Zimbabwe, social media was full of stories about what was happening during a stunning 24 hours, but not all were accurate.

Robert Mugabe, the country’s leader for more than three decades, was put under house arrest, and he wasn’t the only government figure to be swept up in the military’s action.

And it’s been reported that one Zimbabwean MP told al-Jazeera that $10m (£7.5m) had been recovered from Mr Chombo’s house.

This claim of a vast stash of cash in the home a politician in poverty-stricken Zimbabwe sparked anger in some corners of the online press, but it also led to the use of incorrect photos.

While we do not have confirmation of whether the money was found at the home of Mr Chombo, the suitcases displayed in the Zimbabwe Today post definitely weren’t.

That photo was taken after a police raid in Brazil earlier this year, as reported by Bloomberg.

The story in full

A second pile of money also featured in some of the news reporting of the raid, but that wasn’t in Zimbabwe either.

The same photo appeared in a CNN story from April about a discovery made by an anti-corruption unit in Nigeria.

There was also a case of mistaken identity after one user wrongly identified Mr Chombo. The following photo isn’t Mr Chombo, it’s the former Ivorian President Laurent Gbagbo, in 2011.

Meanwhile, the British embassy in Harare was also flagging up “fake news” having noticed an image of a letter purportedly from the UK Border Agency circulating on some Zimbabwean WhatsApp groups.

Despite containing spelling errors and inappropriate language for an official document, it has still been widely shared.

PLEASE IGNORE: There is a message purportedly from the UK Border Agency circulating on some Zimbabwean Whatsapp groups. This is FAKE news. 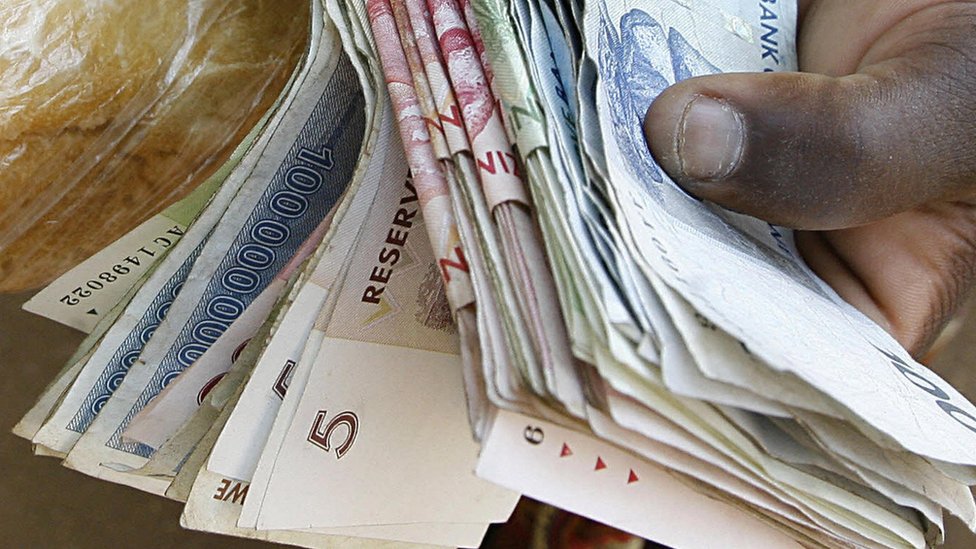