A selection of the best photos from across Africa this week.

There is disappointment in Pretoria, South Africa, on Wednesday as it narrowly missed out to France on hosting the Rugby World Cup in 2023. South Africa had been expected to win the vote after an independent review recommended they stage the tournament.

At the other extreme of the continent, in Marrakech, Morocco, it is smiles all round after they beat Ivory Coast on Saturday, securing their place in the Football World Cup in Russia next year.

Elections dominated the continent once more this week. This woman casts her vote in Equatorial Guinea’s legislative elections on Sunday.

In Kenya, two soldiers shelter from the rain under some interesting-looking umbrellas as they guard the Supreme Court in Nairobi. Judges here are considering a bid to nullify the results of the 26 October vote – itself a rerun of the presidential election in August.

Further south, a trader peddles his wares in Harare, Zimbabwe, a day after the country’s military took control. Army chiefs say they are rooting out criminals within the ruling party Zany-PF, but intend to hand power back to civilians.

A few days earlier, on Saturday in Khartoum, Sudan, traders were also hoping to attract a bit of business. These men appear to be selling tools.

Ghanaian model Nana Akua Addo adds a hint of the extreme during her appearance on the red carpet at the All Africa Music Awards in Lagos, Nigeria, last Sunday.

In Egypt, a photographer offers us a fresh perspective on mummies in a Cairo museum on Wednesday. The Museum of Egyptian Antiquities opened earlier this year.

History, art and sport come together in this picture, taken in Abidjan, Ivory Coast, on Tuesday. A man cycles past graffiti of Che Guevara (left) and former Libyan leader Muammar Gaddafi.

In Cape Town, South Africa, it is all about art since the opening of the new Zeitz Museum of Contemporary Art Africa (Zeitz MOCAA) at the V&A Waterfront. These women take a closer look at work by Nigerian artist Taiye Idahor on Wednesday – when entry is free for all citizens of Africa. 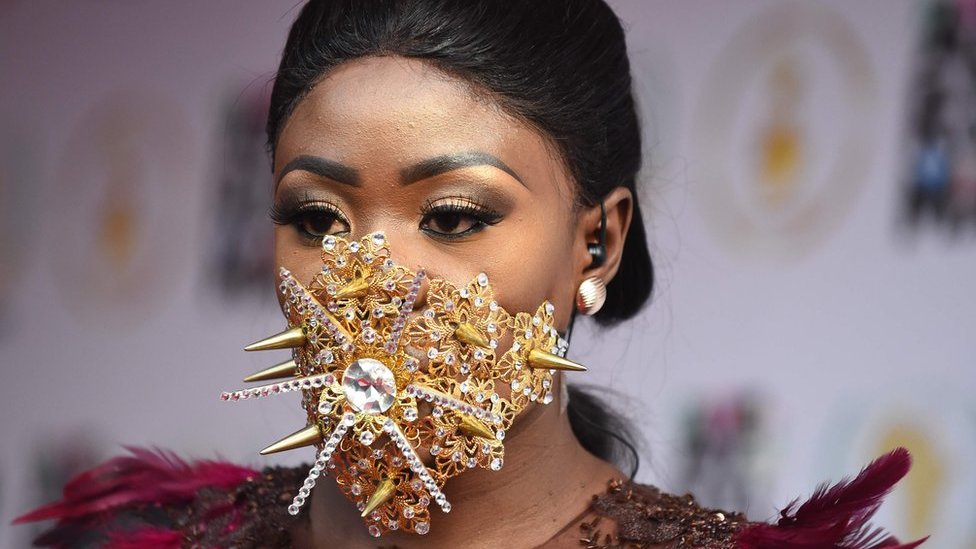