As the world waits to see what Zimbabwe’s military will do next after seizing control of the country and detaining President Robert Mugabe, we look at some of the key things you should know about the country and its current situation.

1. The economy is in a mess

Zimbabwe has gone from one economic crisis to another over the last decade. Estimates of the country’s unemployment levels vary, but the country’s biggest trade union claims the jobless rate was as high as 90% earlier this year.

Zimbabwe has struggled with hyperinflation, which peaked in 2008. The country was forced to abandon its own currency at a rate of Z$35 quadrillion to US$1.

Because of a continuing chronic shortage of hard money, the government issued their own version of dollars called bond notes, but they have rapidly lost their value.

People with money stored electronically in banks are unable to access it, or are subject to strict limits on what they can withdraw. Because of this, crypto-currencies that are traded online have risen in popularity. Following the news of the military takeover, Bitcoin prices in Harare surged on Wednesday.

2. Mugabe has been controversial for some time

The 93-year-old leader has confounded his critics by staying in power for so long. Sometimes dismissed as a cartoon figure abroad, he was viewed in Zimbabwe, at least originally, as a revolutionary hero who fought against white minority rule.

But he and his supporters have used violence to keep a tight grip on power, using the machinery of the state to bolster his party and himself.

His party says it is fighting capitalism and colonialism, but the country’s economic problems have tested even his most ardent supporters.

He has often said he would only step down when his “revolution” was complete, but also wants to hand pick his successor – something that may have led to the current crisis as the president’s health looks to be failing.

3. The country does have an opposition

Since Mr Mugabe first came to power as prime minister in the 1980 British-supervised independence elections, there has been opposition to his rule.

He changed the constitution to make himself president in 1987. In 1999 the Movement for Democratic Change (MDC) opposition group was formed, and protests and general strikes became more visible as the economy failed.

Aside from state violence, he has managed to retain power through quelling his political enemies and sidelining his powerful allies. Former Vice-President Emmerson Mnangagwa is the latest to be sacked.

Mr Mugabe’s recent moves to line his wife Grace up as a potential replacement look to have been a move too far.

4. Any new leader may not be a big change

If the ousted Mr Mnangagwa does come back to succeed Mr Mugabe as president, his credentials are not too dissimilar.

Another veteran of the country’s war of independence, he has been considered a key link between the army, intelligence agencies and Zanu-PF party. He has been accused of masterminding atrocities during the country’s civil war and attacks on opposition supporters.

In the last four decades, the country has been dominated by veterans and the military looks to have intervened to keep that status quo.

5. It is still possible for Mugabe to stay in power

As noted, the people being touted to take over from Mr Mugabe aren’t necessarily radically different from him in political ideology.

In a statement on television, the military said it had temporarily taken control to “target criminals” around he head of state, not Mr Mugabe himself.

There is a possibility he could be left in power at the end of this, possibly after Mr Mnangagwa is reinstated as vice president and a plan of succession formed. Or he could be kept on as a ceremonial figurehead while others take control of the country’s affairs more directly.

Do you have a question about the situation in Zimbabwe you’d like us to answer? Send your question to haveyoursay@bbc.co.uk and we’ll investigate a selection.

You can also contact us in the following ways: 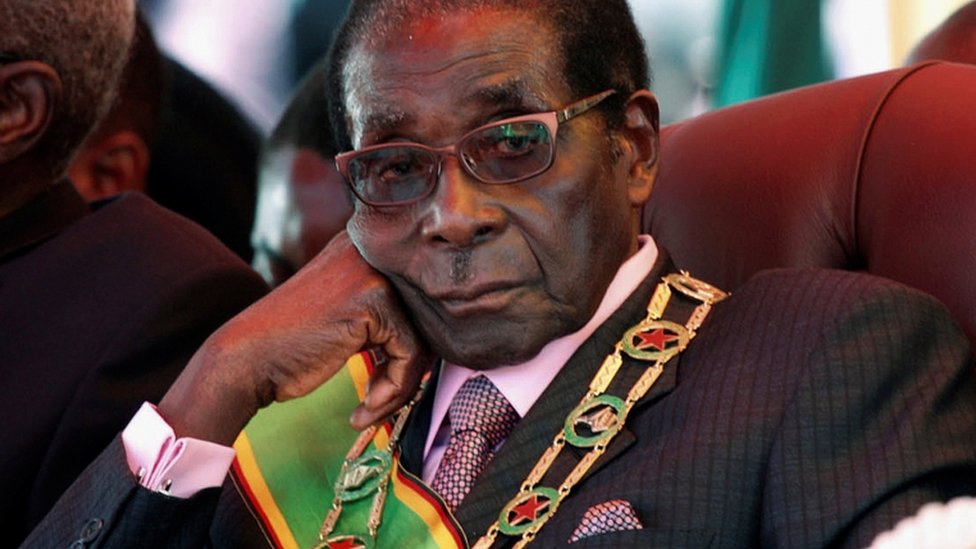